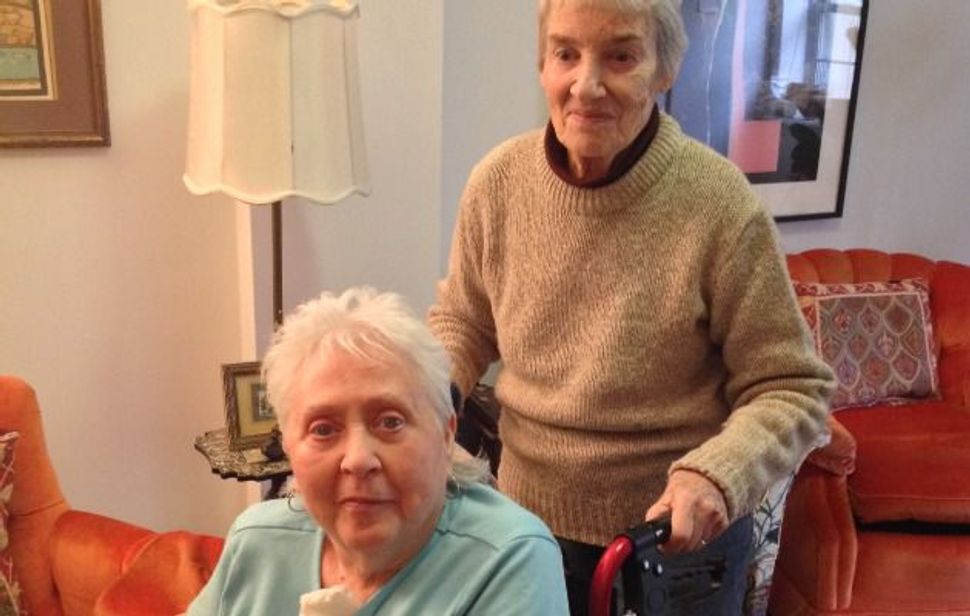 There was little sign of Purim festivities at Brooklyn’s Congregation Beth Elohim in Park Slope on Sunday afternoon as grim relatives met to battle a landlord’s plan to evict elderly residents of a nearby senior citizen’s home.

About 100 relatives solemnly met with lawyers and local elected officials days after receiving notice that the 139-bed Prospect Park Residence would close in just 90 days.

Ninety-year-old resident Ruth Willig drew loud applause when she vowed to “arrange for a demonstration” and “get all our wheelchairs and everybody outside” to fight the plan.

Lawyers and City Councilman Brad Lander conceded it would be difficult to block the plan to convert the building, which sits on prime real estate directly across from Prospect Park, into condos.

Two representatives of the Legal Aid Society did say it would likely take much longer than three months for the evictions to actually be carried out. Despite what was written on the eviction notice, they said it would take up about a year until residents had to leave the facility.

The delay could provide family members with time to plan a smooth transition.

But many relatives, sharing stories of their shocked and anxious seniors, asserted that the damage had already been done.

“This is what happens when you live too long,” was what Joyce Singer recalled her 89-year-old mother Alice commenting when she was told that she had to leave the residence, her home of four years.

“You could do it in a way that’s less stressful and more humane,” added Peter Milburn, her husband.

Willig proposed to start a steering committee to consider options for legal actions. But her mother brought the audience to life with her call to take their fight to the streets.