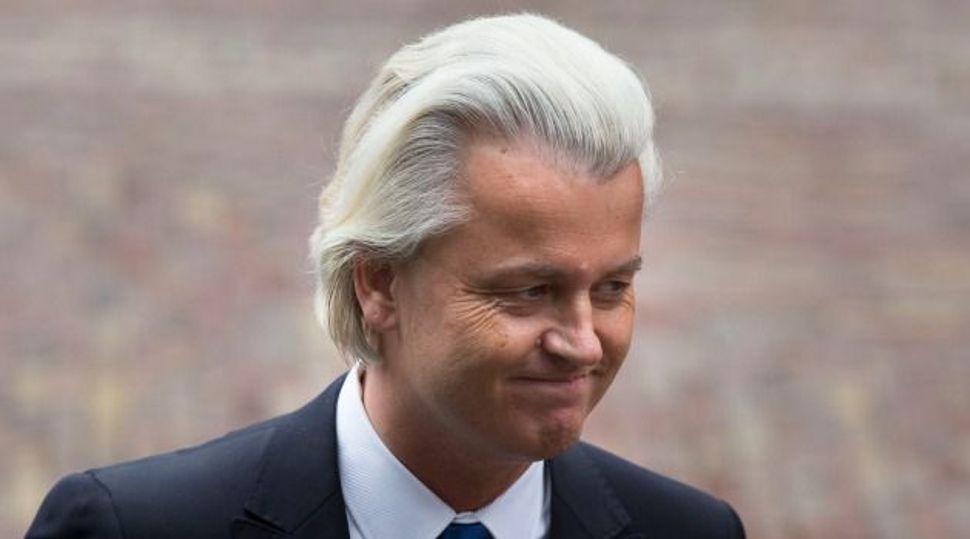 Geert Wilders, leader of the Dutch rightist, pro-Israel Party for Freedom, called for The Hague to be home to fewer Moroccans, which led an opposing candidate to compare him to Hitler.

Wilders, an anti-Islam and anti-immigration politician and a supporter of Israel, made the comments last week during a campaign event. Local elections in Holland will be held on March 19.

Wilders called for “a city with fewer taxes and, if possible, fewer Moroccans,” according to the Het Parool daily. His party, known as PVV, reportedly is set to become the largest party in The Hague.

Following Wilders’ remarks, Fouad Sidali, a senior member of the Dutch Labor Party, compared Wilders to Hitler. Sidali on Thursday wrote on Twitter: “Hitler is among us. In the figure of Geert Wilders. Hitler also thought that there should be fewer Jews. We will never forget that.”

Sidali later withdrew his comment. He was quoted by Het Parool as saying Friday that the comparison was inappropriate and that he should not have made it, but added: “One needs to understand what emotions Wilders’ statement evokes.”

Wilders responded on Friday in a tweet which stated: “Sidali … retracted his statement. Wise. Leaving for Morocco would be even wiser.”

“The days that I let myself, my party and voters be insulted with Nazi comparisons are over. Anyone who does that, I will confront through the microphone or through the court,” Wilders said during a filmed interview which appeared last week on the website of the Dutch daily Telegraaf.

He told the ANP agency that he will sue politicians who make the comparison in civil court for defamation, and that Sidali’s apology came after Wilders’ attorney threatened to sue.