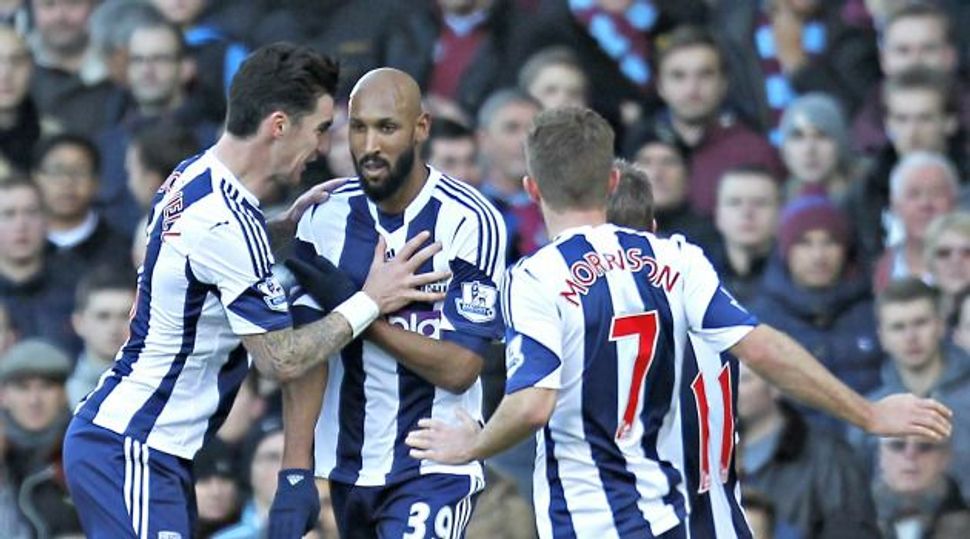 The British Football Association will request that Nicolas Anelka serve his entire suspension for performing the quenelle salute regardless of the soccer team he joins.

Anelka was fired by British West Bromwich Albion on Friday for “gross misconduct” for making the salute, seen by many as being anti-Semitic, on the field during a December match and refusing to apologize for it.

The Football Association last month imposed a five-match ban on Anelka, and the organization told the British Press Association that it will ask the world soccer association FIFA to impose the ban on whatever team he moves to. He has yet to start the suspension.

Anelka said in December that he performed the quenelle as a gesture to his friend Dieudonne M’bala M’bala, the French comedian who popularized the quasi-Nazi salute. Dieudonne, who has been fined repeatedly for making anti-Semitic remarks, says the quenelle is neither anti-Semitic nor Nazi but merely anti-establishment.

Meanwhile, the Football Association on Monday launched the Reporting Discrimination campaign, a series of short films that instruct soccer fans on what to do if they see discrimination — including racism, homophobia and anti-Semitism — at a match.