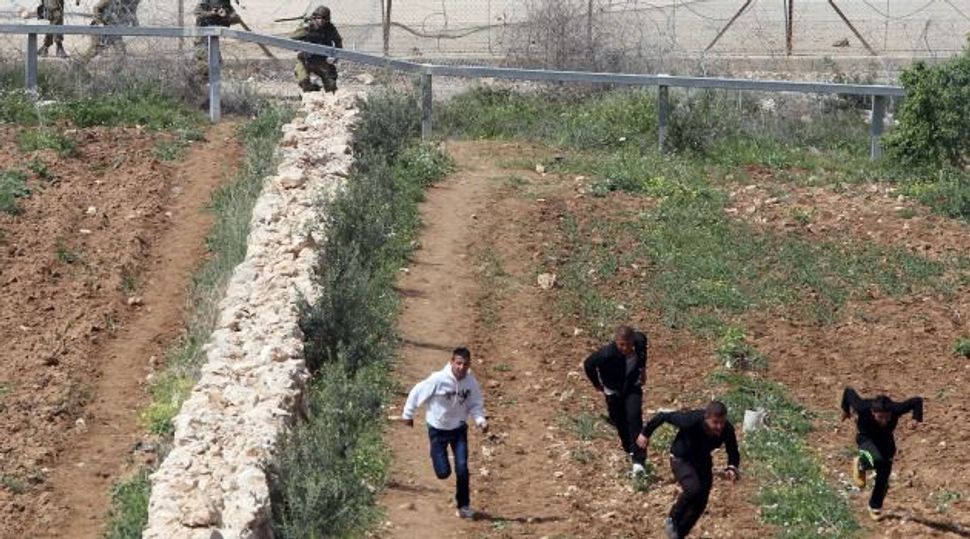 The family of Youssef Shawamra said he was killed after he went foraging for wild thistles used in local cooking. Hospital officials said he was 15, while one relative said he was 16.

A military spokeswoman said he was shot after he and two other youths were spotted tampering with a security fence near the village of Deir al-Asal al-Tahta. She said soldiers had called on them to stop and had fired warning shots in the air.

“After all means were exhausted, the soldiers shot toward the main suspect, at his lower body, and a hit was identified. An Israeli medical team took him to an Israeli hospital where he died of his wounds,” the spokeswoman said.

“He did not go out … to resist the occupation or anything like that. He went to look for a source of income,” said his cousin, Nafez Shawamra, accusing Israeli soldiers of killing him in cold blood.

The boy’s grandfather said Youssef had been with an elderly man planning to collect almonds beyond the wire security fence and two youths. They were all arrested, he added.

The separation barrier cuts through much of the West Bank. The Israelis say it is needed to prevent suicide attacks, while Palestinians say it has eaten up large parts of territory they want for a future state, dividing them from their land.

Hanan Ashrawi, a senior member of the Palestine Liberation Organization, denounced Shawamra’s death as an “extra-judicial killing”, saying it was part of a broader pattern of “flagrant violations” of international law.

“It has become evident that Israel has done everything possible to destroy the ongoing negotiations and to provoke violence and extremism throughout the region,” she said.

Last month, Amnesty International published a report which said Israeli forces had used excessive violence in the West Bank, killing dozens of Palestinians over the past three years in what might constitute a war crime.

Israel dismissed the report, saying the human rights group had revealed a “complete lack of understanding” of the difficulties soldiers faced in the West Bank.

In a separate development on Wednesday, Israel’s Jerusalem municipality approved plans for 184 new homes in two Jewish settlements on land seized by Israel in the 1967 war.