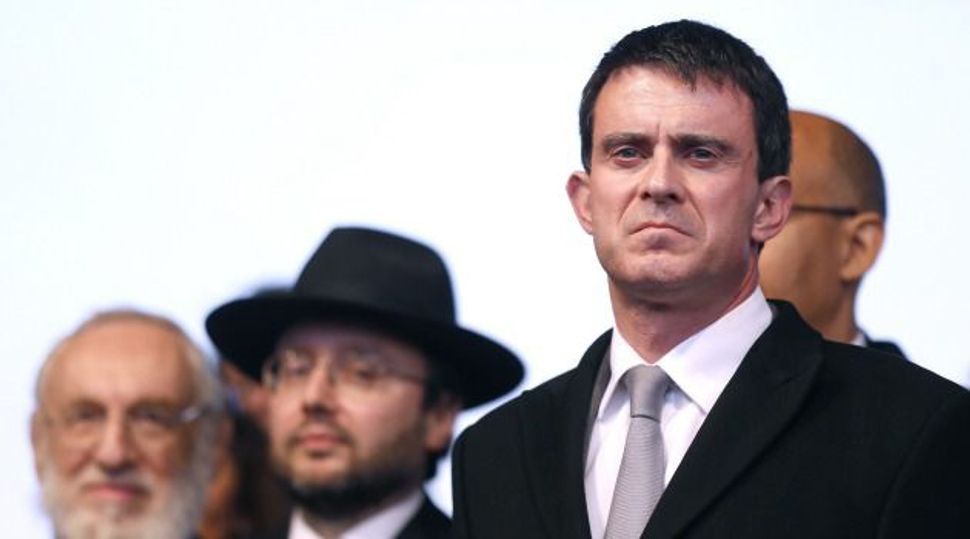 French Interior Minister Manuel Valls called anti-Zionism “an invitation to anti-Semitism” at a rally in Paris commemorating four Jews who were murdered in Toulouse in 2012.

Valls made the statement during a speech on Wednesday – the two-year anniversary of the murder at a local Jewish day school of Rabbi Jonathan Sandler; his two sons, Arieh, 6, and Gabriel, 3; and Miriam Monsenego, 8.

Valls was speaking at a rally organized by the CRIF umbrella group of French Jewish communities on Trocadero Square near the Eiffel Tower, where more than 1,000 participants had gathered in memory of the victims of Mohammed Merah, the 23-year-old Islamist who killed them.

“Criticism of Israel that is based on anti-Zionism — that’s anti-Semitism today, this is the refuge of those who do not accept the State of Israel,” Valls added.

Such official statements are unusual in a country with strong egalitarian traditions where politicians typically speak of their commitment to fighting anti-Semitism along with other forms of racism.

At a separate commemoration organized by CRIF in Toulouse, Prime Minister Jean-Marc Ayrault said his attendance was “homage in the name of the government and the entire republic, [and] a call to action against all forms of racism, anti-Semitism, hate and violence.”

Martin Schulz, the president of the European Parliament, also attended the Toulouse commemoration, along with 500 participants, TF1 reported.

In Bordeaux in southwestern France, CRIF organized another rally attended by 300 people, including former foreign minister Alain Juppe, who is the city’s mayor.