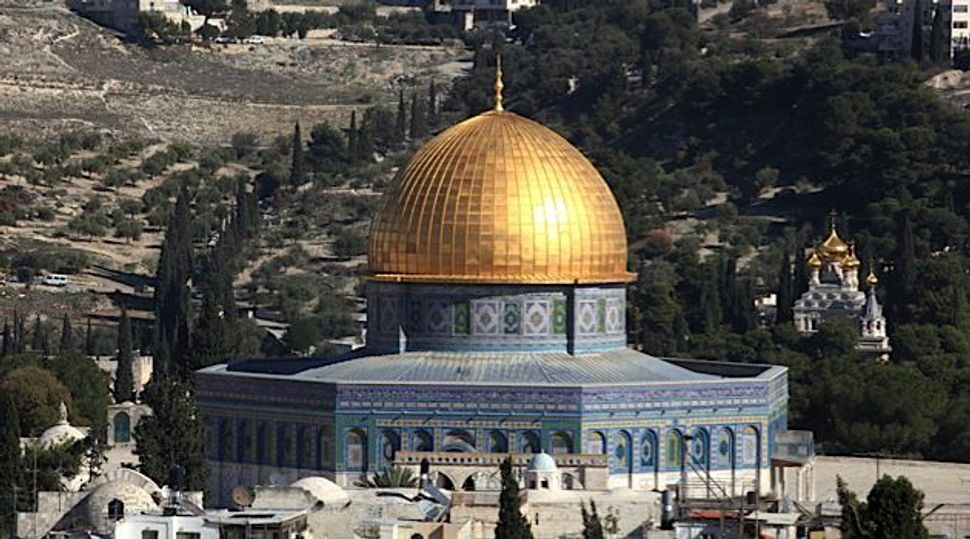 Hundreds of Palestinian youth rioted on the Temple Mount in protest of a visit by Israeli lawmaker Moshe Feiglin and a group of supporters.

Two Palestinians were arrested for throwing rocks, and Feiglin and his entourage were ordered by police, who were protecting them, to leave the site, which is holy to both Jews and Muslims.

“If there is a reason for the Temple Mount to be a powder keg, it is because it has been proven that violence pays off. Weakness invites more violence,” Feiglin said in a statement that was posted on Facebook.

Feiglin had made monthly visits to the Temple Mount before being prevented by police about a year ago due to fears of Muslim violence.

The site is overseen by the Muslim Wakf, the Muslim religious administration charged with managing the Temple Mount site, which is holy to Jews and Muslims. Jews generally are not permitted by the Wakf to pray or bring any ritual objects to the Temple Mount.

Knesset debate initiated by Feiglin was held last month to discuss applying Israeli sovereignty over the Temple Mount, and allowing Jews to pray there. Palestinian youth rioted then at the holy site in protest of the session.

Feiglin was detained by Israel Police in January 2013 for praying on the Temple Mount, as well as three months earlier. In December 2012 he led a minyan at the site that was caught on video and widely distributed.