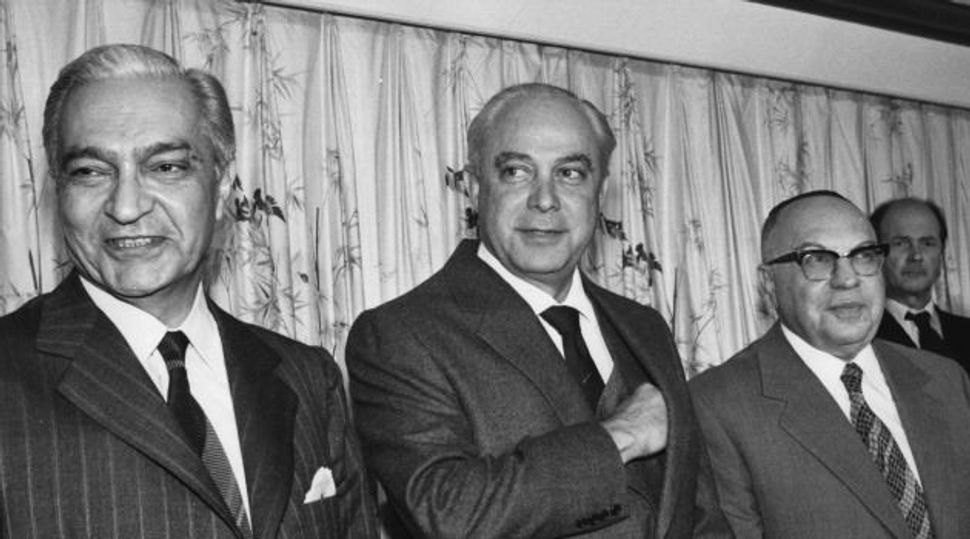 Robert Strauss, who once headed the Democratic National Committee, served as U.S. trade representative and ambassador to Moscow, and advised presidents from both parties, died in Washington on Wednesday at age 95.

“We can confirm that Robert Strauss passed away peacefully on March 19,” the law firm he helped found, Akin Gump Strauss Hauer and Feld, said in a statement.

Strauss died of natural causes at his home in Washington, the Dallas Morning News reported.

Considered one of Washington’s master power brokers, the colorful Texas-born Strauss was known as “Mr. Democrat.” But in an era when Washington was less polarized, Strauss easily crossed partisan lines and wielded influence in law, government and politics under a succession of presidential administrations.

“Bob was one of the greatest leaders the Democratic Party ever had, yet presidents of both parties relied on his advice, his instincts, and his passion for public service – not to mention his well-honed sense of humor,” President Barack Obama said in a statement.

Born on Oct. 19, 1918 in Lockhart, Texas, the son of a dry-goods merchant, Strauss went to the University of Texas where he befriended future Texas Governor John Connally and worked on Lyndon Johnson’s first run for Congress in 1937.

After graduation, he joined the FBI in 1941, where his job was “watching out for Communists,” he told the New York Times in a 1991 interview.

After helping Connally win the Texas governorship in 1962, Strauss became involved in the national Democratic Party organization and served as its treasurer from 1970 to 1972.

Looking to recover from George McGovern’s landslide presidential defeat in 1972 at the hands of Republican President Richard Nixon, the Democrats turned to Strauss, a centrist with close ties to the party establishment, as national chairman, a post he held until 1977.

“He is absolutely the most amazing politician,” former first lady Barbara Bush wrote of Strauss. “He is everybody’s friend and, if he chooses, could sell you the paper off your own wall.”

Strauss returned to his law practice after helping run Carter’s unsuccessful bid for re-election in 1980. But even under the Republican presidencies of Ronald Reagan and George H.W. Bush, Strauss remained a key player in Washington, moving freely in Democratic and Republican circles and forming close friendships on both sides of the political aisle.

He held advisory posts under Reagan and was named U.S. ambassador to Moscow by Bush in 1991, months before the Soviet Union’s collapse. Strauss remained in Moscow through 1992 as ambassador to Russia.

“He was a statesman and public servant in every sense of the word,” DNC Chairwoman Debbie Wasserman Schultz said in a statement. “He was a proud Texan and legendary Democrat who always put his country ahead of all else.”

Strauss told the Dallas Morning News in 1993 he had no regrets after his decades as a political mover and shaker.