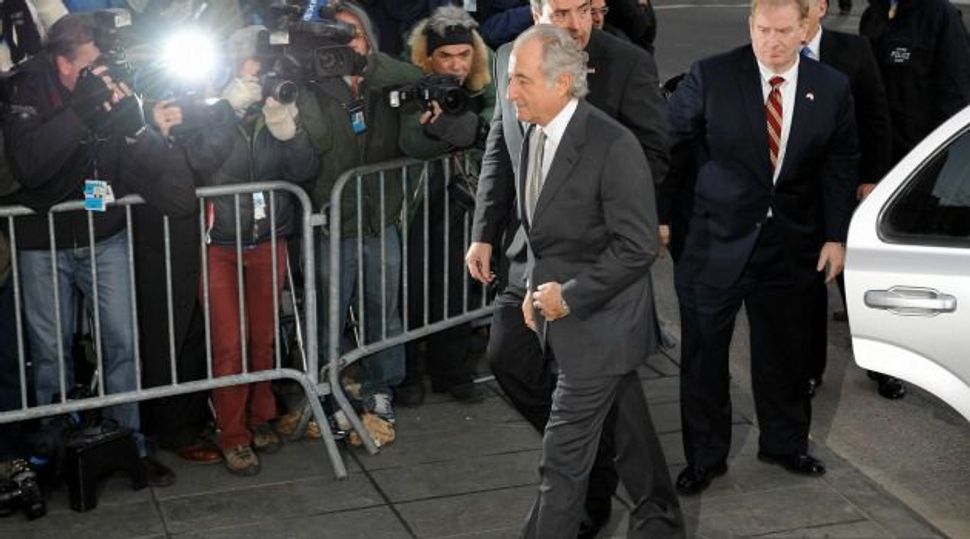 Ponzi schemer Bernie Madoff said in a prison interview that he does not feel he “betrayed the Jews.”

The scheme — believed to be the largest of its kind in U.S. history — affected a disproportionate number of Jewish individuals and organizations.

Madoff, 70, is serving a 150-year prison sentence at the medium-security federal prison in Butner, N.C.

“Religion had nothing to do with it,” Madoff told Politico in an interview published Thursday.

Madoff told Politico that he attempted to recover money for his victims, and it has largely gone unacknowledged.

He said the information he shared with Irving Picard, the trustee charged with overseeing the recovery and distribution of money lost in the Ponzi scheme, has been critical to Picard’s ability to collect the money.

“Everybody thinks the worst of me,” Madoff said. “The only thing I’m happy about is I was able to help people recover.”

Madoff, who sees a prison psychiatrist once a week, said he has “nothing to repent for. I already knew what I did was wrong.”

He said he suffers from kidney disease and not cancer, as has been reported, and takes about 14 medications, which he did not do before entering prison. Madoff had a heart attack over the winter; a stent was inserted to open a blocked artery.

“I don’t believe I’m a bad person,” he said. I did a lot of good for people. I made huge sums of money for some people. It wasn’t just for money. I already had huge amounts of money. It wasn’t to buy yachts or homes. I had that from the beginning from legitimate money I made,” he said of the scheme.

The investment advice he offers is to not invest in the stock market.

Madoff said the loss of his family, who have had nearly nothing to do with him since the scheme became public, is |”more punishment than being incarcerated.” His son Mark committed suicide in December 2010 at the age of 46.