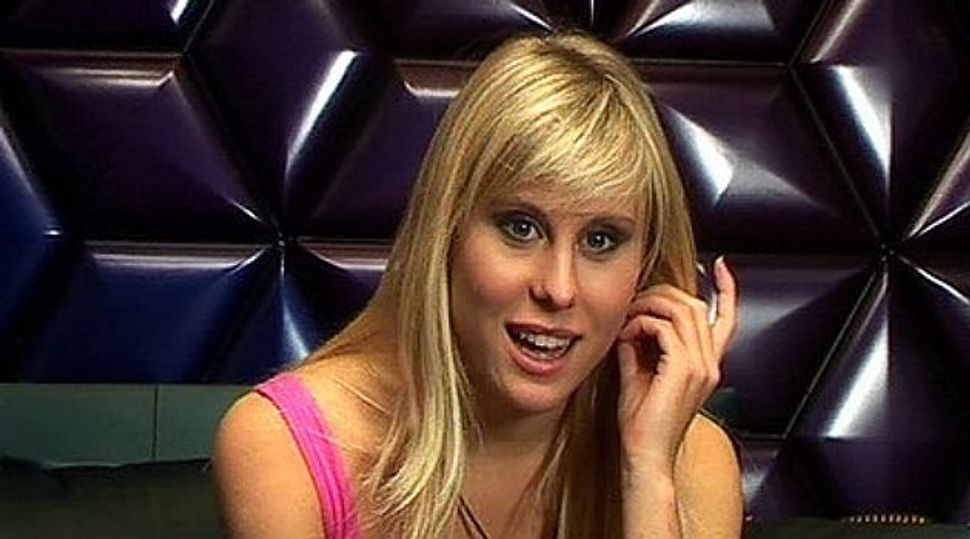 An Israeli television celebrity said the Chief Rabbinate is refusing to convert her to Judaism because of her acting career.

Alin Levy, a 24-year-old reality TV celebrity whose Ukraine-born mother is Christian and whose father is Jewish, discussed her situation with Israel’s Channel 10 in an interview that aired earlier this week.

She said she received a call from the rabbi handling her conversion informing her that dayanim, or rabbinical judges, decided to stop her conversion because they had learned details about her acting career and acting school, and decided they were incompatible with conversion.

Levy, who immigrated from Ukraine to Israel with her parents when she was 4, was a participant in the Israel’s “Big Brother” reality TV show and is studying acting at the Yoram Levinstein acting school, according to Channel 10.

She said she had opened a file to undergo Orthodox conversion and told the rabbinate about her acting. The report did not say which office of the Chief Rabbinate handled her request and did not name the rabbis handling her case.

A spokesperson for the Religious Affairs Ministry told Channel 2 that conversion requires a fundamental change in an applicant’s lifestyle. The response, as quoted by Channel 2, did not contain any specific reference to Levy’s case.