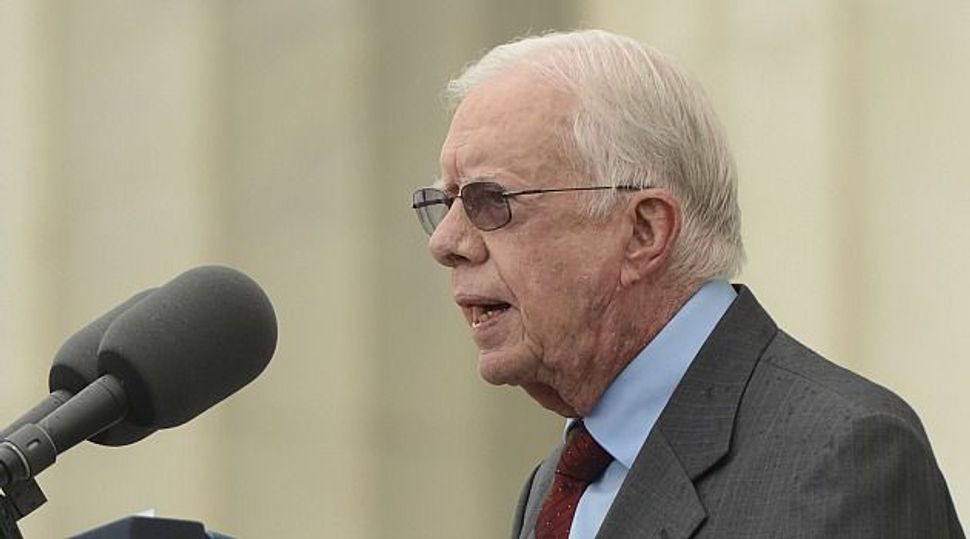 Former President Jimmy Carter said he would not endorse a boycott of Israel but encouraged nations to make clear which Israeli products originated in West Bank settlements.

“We decided not to publicly endorse any kind of embargo, or so forth, against Israeli invasion, or occupying troops in Palestine,” Carter told The Associated Press on Monday, referring to his membership in “The Elders” a group of elder statesmen who advance peace and reconciliation, and that includes Mary Robinson, the former Irish president, and Kofi Annan, the former U.N. secretary-general.

Carter said the group encouraged Europeans to clearly label settlement-origin goods, however, so “the buyers can decide whether they want to buy them or not.”