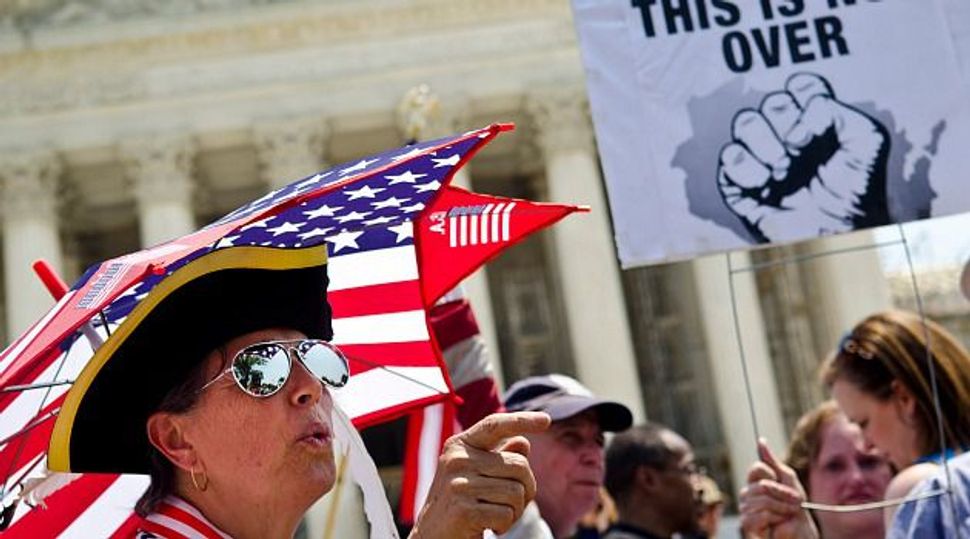 The U.S. Supreme Court on Tuesday considers whether business owners can object on religious grounds to a provision of President Barack Obama’s healthcare law that requires employers to provide health insurance that covers birth control.

In one of the biggest cases of the year, the nine justices will hear an extended 90-minute oral argument, with the extra 30 minutes the court added to the usual hour-long session hinting at the complexity of the legal issues involved.

The case pits religious rights against reproductive rights, with a heavy dose of politics added to the mix. A capacity crowd will fill the marble courtroom, with many demonstrators expected outside.

Although mainstream and liberal Jewish groups overwhelmingly back the measure, some Orthodox groups side with the plaintiffs’ claim that they should not have to provide coverage for contraception if if violates religious precepts.

Even the main lawyers in the case, Solicitor General Donald Verrilli for the Obama administration and Paul Clement for the religious employers, are familiar names. They argued against each other the last time the Affordable Care Act, commonly called Obamacare, was before the justices in 2012.

In that case, the justices upheld by a 5-4 vote the constitutionality of Obamacare’s core feature that requires people to get health insurance.

The dozens of companies involved in the litigation do not all oppose every type of birth control. Some object only to emergency contraceptive methods, such as the so-called morning-after pill, which they view as akin to abortion.

A ruling is expected by the end of June.

The so-called “contraception mandate” of the healthcare law requires employers to provide in their health insurance policies preventive services for women that include access to contraception and sterilization.

The court will hear two consolidated challenges brought by closely held companies and their owners.

One of the cases was filed by arts-and-crafts retailer Hobby Lobby Stores Inc and Mardel, a chain of Christian bookstores. Both are owned and operated by David and Barbara Green and their children, who are evangelical Christians. The other case was brought by a Mennonite family that owns a company in Pennsylvania, Conestoga Wood Specialties. The company is owned and operated by Norman and Elizabeth Hahn and their three sons.

The justices will weigh whether the challengers have a claim under a 1993 federal law called the Religious Freedom Restoration Act (RFRA) and the First Amendment to the U.S. Constitution, which ensures the free exercise of religion.

The case, which has no bearing on the broader fate of the healthcare law, will determine whether some companies will be exempted from the contraception coverage requirement. Religious institutions already are exempted from the regulation.

In court papers, some Republican members of Congress have supported the companies, while Democrats have backed the Obama administration.

The administration’s lawyer, Verrilli, said in court papers that a victory for the companies could lead to a series of similar challenges to other federal requirements, potentially including objections to minimum-wage laws, Social Security taxes and anti-discrimination laws. He noted, for example, that a company could object to providing health coverage that includes vaccinations.

“A reading of RFRA that would produce this regime of virtually automatic exemptions from critical employee-protection legislation cannot be correct,” Verrilli wrote.

The government is backed by women’s rights groups, who say contraceptives should be made as widely available as possible for public health reasons. [ID: nL2N0M724C]

The challengers and their supporters, including a wide-range of religious groups, counter that the case is really about whether the government can trample on fervently held religious beliefs.

“No one should be forced to give up their constitutionally protected civil rights just to go into business,” said Kyle Duncan, a lawyer for Hobby Lobby.