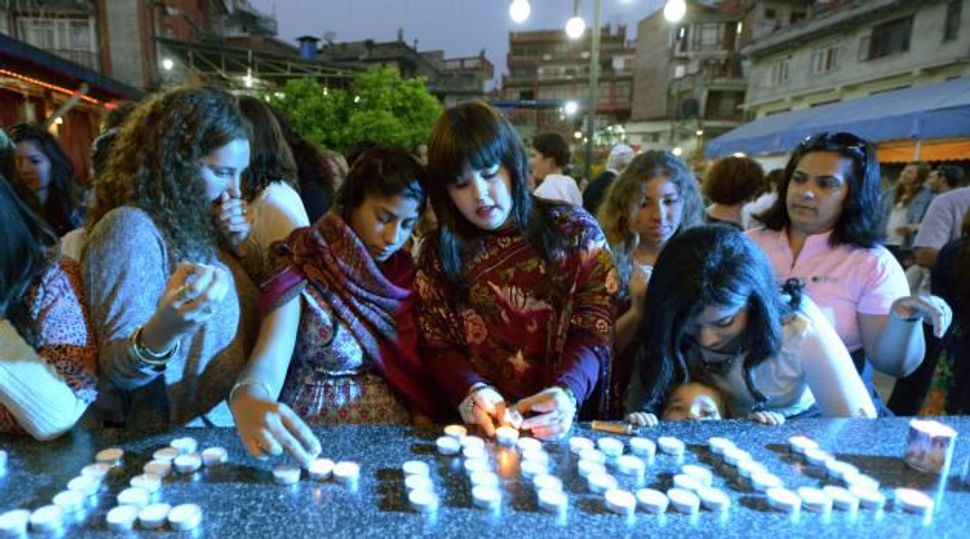 The massive Passover seder held annually in Kathmandu will go on this year despite a strike by Israel’s Foreign Ministry, the head of the Chabad center asserted.

Rabbi Chezky Lifshitz, the Chabad emissary to Nepal, told the Chabad.org website that despite news reports to the contrary, the seders will take place in Kathmandu and throughout Nepal.

The mass Passover seder in Kathmandu has become a tradition among the Israeli backpackers who visit the country, drawing around 1,500 participants each year, according to Chabad.org. There is also a smaller English-language seder for European and American visitors.

Due to the Foreign Ministry strike, however, Chabad is not able to receive the large shipment of supplies, including matzah, wine and other kosher foods, currently being held in an Indian port, since the ministry handles the receiving and delivering of the containers.

“We are currently working through many options,” Lifshitz told Chabad.org from Nepal. “We are looking into baking matzah here or maybe sending supplies with a lot of people. I’m sure the seder will take place.”

“There have been many times when we have had problems arranging the sedarim,” Lifshitz said. “But in the end, we have always had success, so we are not worried.”

The general strike, which was called on Sunday, has shut down Israel’s Employees of the Foreign Ministry in Israel declared a general strike, shutting down the country’s 103 embassies, consulates and diplomatic missions around the world. The strike is open-ended and comes after two weeks of labor sanctions and seven months of mediation.

Foreign Ministry employees are protesting, among other things, salary cuts, low pensions and poor compensation packages offered to spouses of overseas diplomats. They have been trying for more than a year to improve their working conditions.