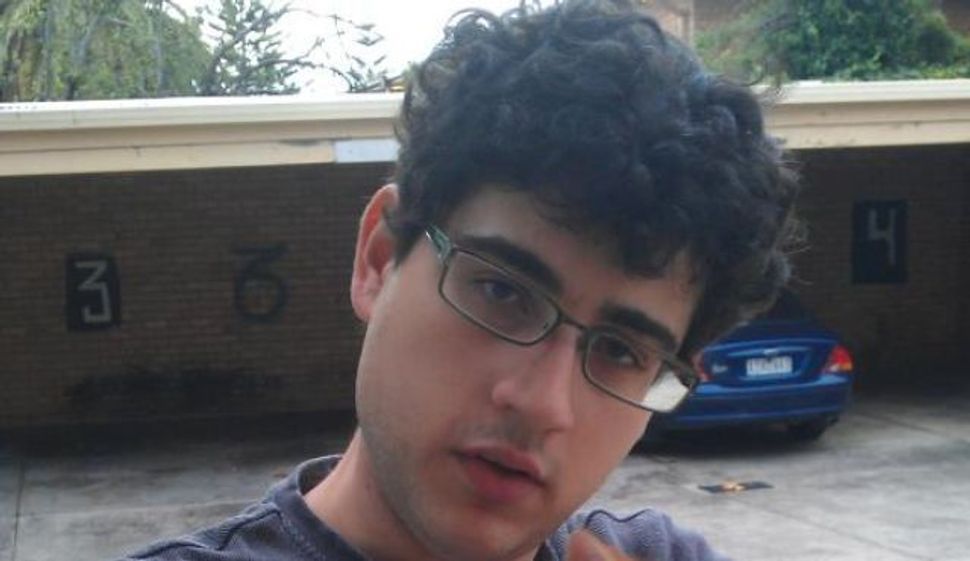 Aron “Ezzy” Kestecher, a former Chabad-Lubavitch youth leader in Melbourne who was accused of child sex crimes, died in a suspected suicide.

Kestecher, 28, was found dead in his apartment Thursday. He was accused of multiple allegations of child sex abuse against minors and was due to face court in June, police confirmed Friday.

Rabbi Meir Shlomo Kluwgant, president of the Rabbinical Council of Victoria, said he visited the family on Thursday.

“I provided a measure of support and comfort to his family members and his close friends, as well as the first responders to this most tragic of events,” he said. “The deceased was a very special young man, but he was also deeply troubled.”

David Werdiger, a grandson of one of the founders of Chabad in Melbourne, published a post about the “terrible tragedy” on Facebook, taking aim at those he claimed may have encouraged his death.

“Those who helped publicize said alleged sins, who facilitated or conducted trial by media, who acted in a heavy-handed way without thinking about the many possible consequences (or who ignored the obvious consequences following their actions) need to consider to what extent their ‘actions’ contributed to this terrible outcome,” he wrote.

Four charges of indecent acts by Kestecher against minors were withdrawn in 2012, but additional alleged victims came forward last year with one claim of sexual penetration against a child under 16 and of indecent acts with a child, resulting in the beginning of legal proceedings.

Kestecher taught at Yeshivah College, which has been at the center of the child sex abuse scandal inside Melbourne’s Jewish community. Two of its former employees – David Kramer and David Cyprys – were jailed last year for multiple sex crimes against more than a dozen children.