Czech Minister: ‘Not That Much Happened’ During Nazi Occupation 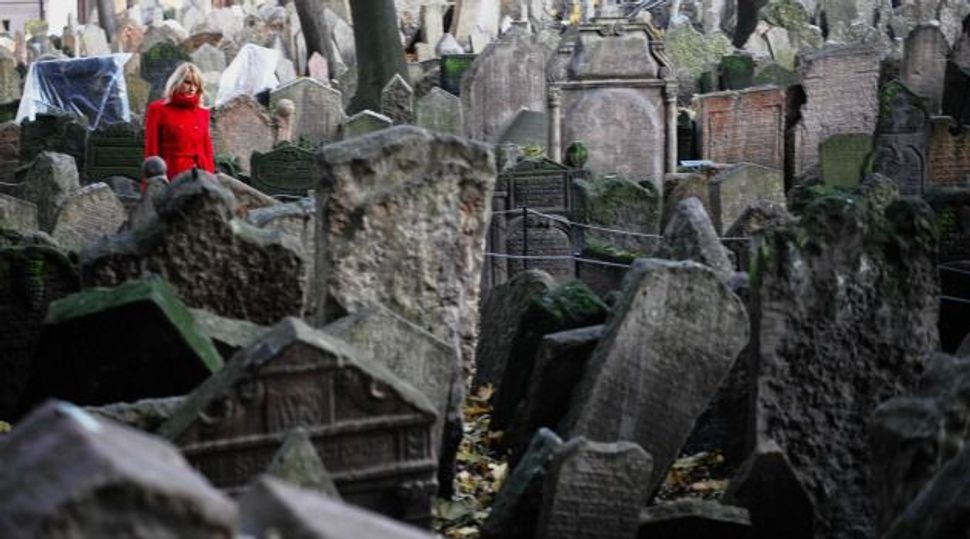 The Jewish cemetery in the Old Town quarter in Prague. Image by Getty Images

Czech Justice Minister Helena Valkova is facing harsh criticism for saying nothing much happened during the Nazi occupation of her country.

Valkova, whose father is an ethnic German and who grew up in a bilingual home, made the statement in an interview which was published on the news website echo24.cz

Asked about her views on the expulsion of Germans from Czechoslovakia after World War II, Valkova, a politician of the center-right ANO 2011 party, said: “The worst. I understand that it was a reaction to what happened before, but in the protectorate not that much happened,” she said in reference to the Protectorate of Bohemia and Moravia which Nazi occupation forces set up after their invasion of Czechoslovakia.

Between 1941 and 1945, 46,000 Jews were deported from Prague mostly to the Theresienstadt concentration camp and from there to Auschwitz. Only 5,000 survived.

Valkova claimed the statement was taken out of context, and that she only meant to compare the relative calm within the protectorate to war-torn Poland and Russia.

Miroslava Nemcova, a lawmaker for the conservative opposition ODS party, was one of several Czech politicians and intellectuals who criticized Valkova for her statement.

“Go to the Pinkas Synagogue in Prague and read the names of Jews murdered by the Nazis during the Second World War,” Nemcova said in parliament Tuesday, according to the news site blesk.cz.

Czech Minister: ‘Not That Much Happened’ During Nazi Occupation