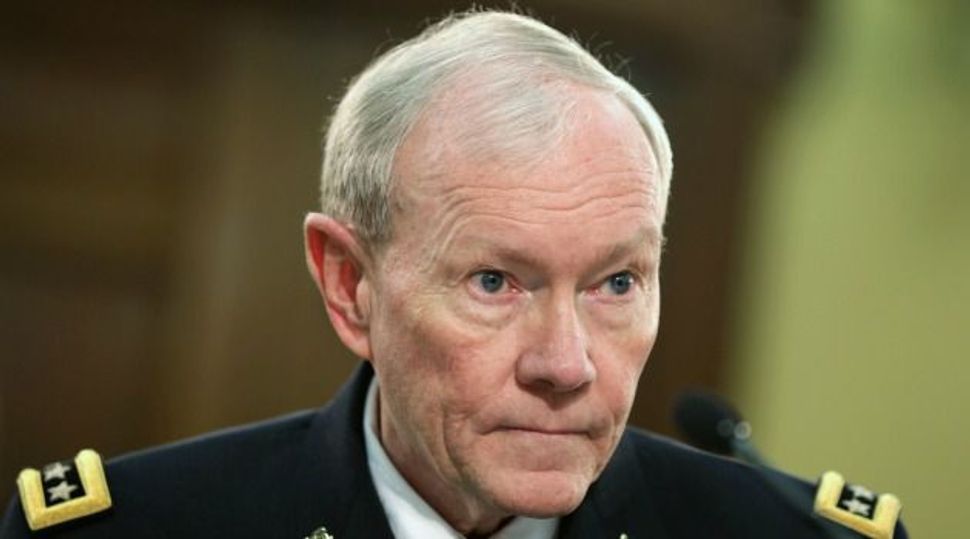 Gen. Martin Dempsey, chairman of the U.S. Joint Chiefs of Staff, will meet with senior Israeli military officials in Israel.

Dempsey was scheduled to arrive in Israel on Sunday as the guest of his Israeli counterpart, Lt.-Gen. Benny Gantz, the Israeli Defense Forces Chief of Staff, Dempsey’s spokesman said in a statement.

It is Dempsey’s fifth trip to Israel as chairman of the Joint Chiefs.

“The focus of the chairman’s discussions with his counterparts will be on issues of mutual strategic interest, while continuing to build on this important defense relationship,” Dempsey’s spokesman said.

The meetings “demonstrate America’s unwavering commitment to Israel’s security and the meetings come amid much change and turmoil in the region,” the statement said.

Dempsey will remain in Israel through Tuesday, Reuters reported.

Dempsey reportedly is scheduled to meet with Israeli Defense Minister Moshe Yaalon, whose recent remarks critical of U.S. policy and lack of an apology angered Washington.