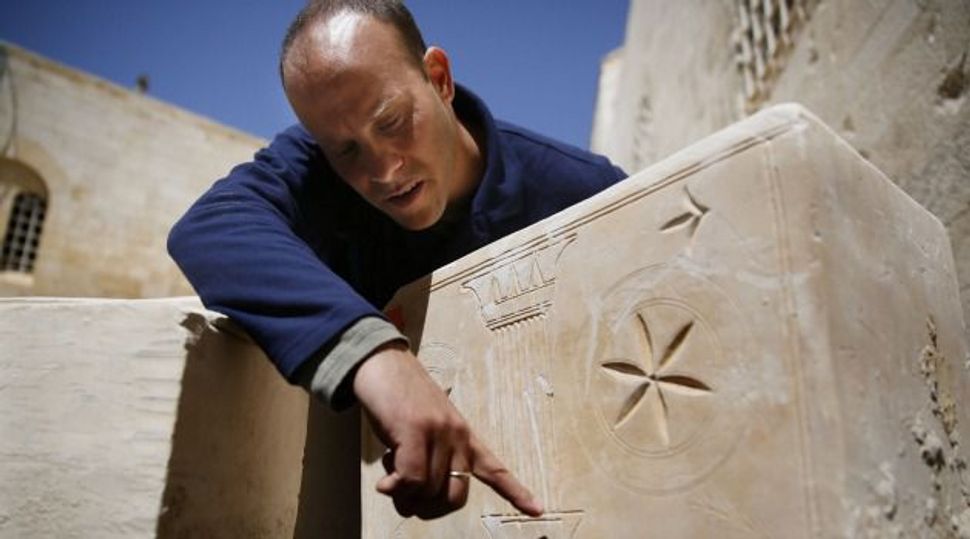 The men were caught Friday night with 11 2,000-year-old decorated stone ossuaries, ancient coffins used to bury the dead in the Second Temple period.

Some of the recovered ossuaries contained skeletal remains and shards of pottery. Some also were engraved with names.

The alleged thieves, from Jerusalem, Tel Aviv and the Arab village of Abadiyah near Bethlehem, were caught while selling the artifacts to Jewish merchants at a checkpoint north of Jerusalem, according to the Israeli Antiquities Authority. They could face up to five years in prison if found guilty of antiquities robbery, or up to three years for unlicensed trafficking in antiquities.

It is suspected the ossuaries were recently looted from an ancient burial cave in the Jerusalem region, according to the authority.

“These are singular finds,” said Eitan Klein, deputy director of the Unit for the Prevention of Antiquities Robbery, who examined the ossuaries. “The inscriptions on the ossuaries provide us with additional characters and names from amongst the Jewish population in the Second Temple period, and the motifs adorning the ossuaries will supplement our knowledge with new information about the world of Jewish art in this period.”

The bones found inside the ossuaries will be turned over to the Ministry of Religious Affairs for burial, according to the authority.