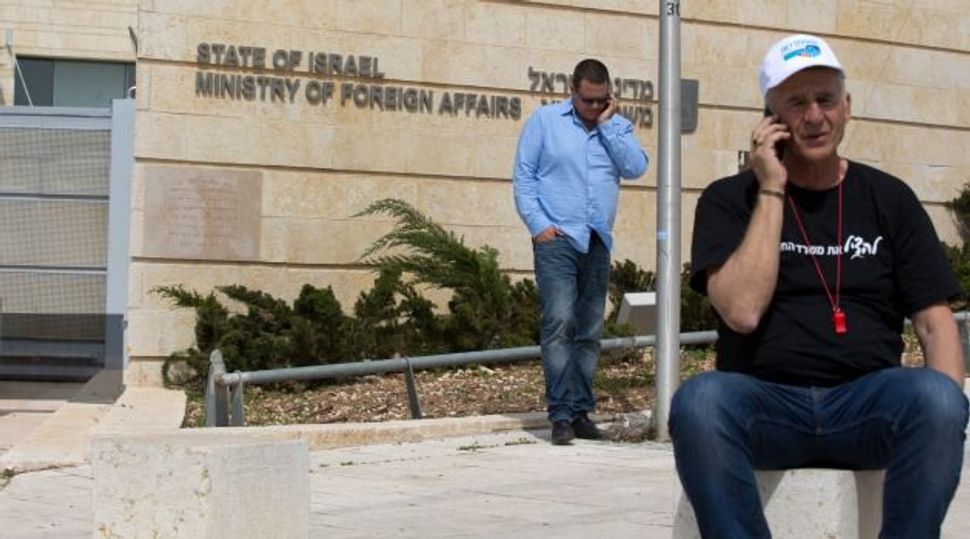 Employees of Israel’s Foreign Ministry ended their two-week strike with an agreement to increase pay for Israeli diplomats.

In a statement, the Foreign Ministry Workers Union called the deal signed Wednesday with the Finance Ministry an “outline” of a collective agreement that will be signed within a month, according to Israeli news reports.

Under the collective agreement, diplomat’s salaries will be adjusted according to the cost of living in the country in which they are working. Also, there will be compensation for spouses of diplomats for loss of work in their field and the Foreign Ministry will help pay for the education of foreign diplomats’ children.

The open-ended strike shut down Israel’s 103 embassies, consulates and diplomatic missions around the world, and caused the postponement or cancellation of visits by several world leaders and trips by Israeli officials.