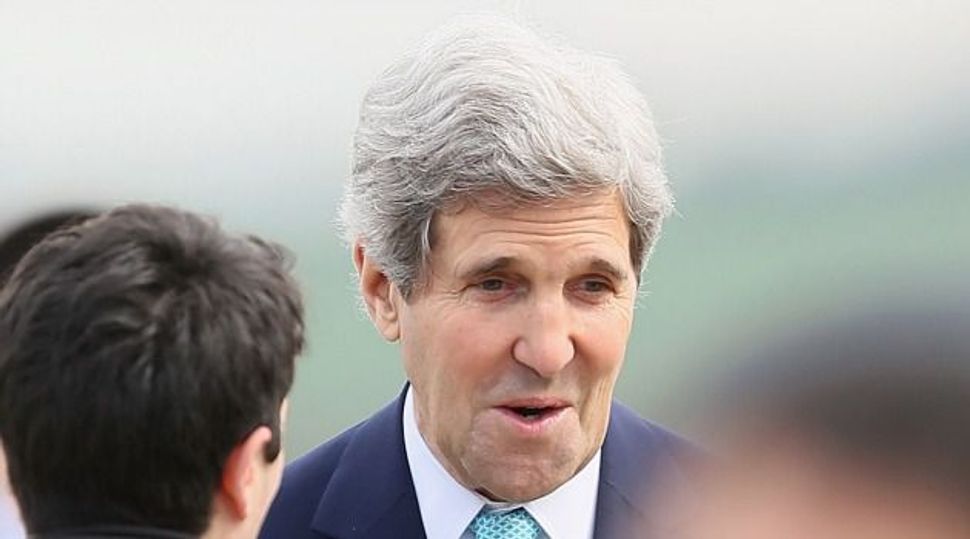 Talks between Israeli and Palestinian negotiators are at a critical moment although progress was made in overnight discussions, U.S. Secretary of State John Kerry said on Thursday.

“The dialogue remains open. There was progress made in narrowing some of questions that have arisen as a result of the last few days but there is still a gap and that gap will have to be closed and closed fairly soon,” Kerry told a news conference.

He made his remarks during a visit to Algeria after U.S.-backed direct peace negotiations appeared near to collapse, with the Israelis and Palestinians accusing each other of failing to honour prior commitments.

“We are urging them to find compromise that is critical for them to move forward,” Kerry said.

The talks ran into trouble at the weekend when Israel refused to release a group of Palestinian prisoners under the terms of a previous accord unless it received assurances that the Palestinian leadership would continue with negotiations beyond an initial end-April deadline.

Aimed at creating a Palestinian state and ending a decades-long conflict, the talks have also stalled over Palestinian opposition to Israel’s demand that it be recognised as a Jewish state, and the issue of Israeli settlements in the occupied West Bank and East Jerusalem.

Kerry flew to Jerusalem on Monday and was trying to put the talks back on track. But his mission was jeopardised when Palestinians signed 15 international conventions that could give them greater leverage against Israel.

“The fight right now, the disagreement, is not over the fundamental substance of a final status agreement, it is over the process that would get you there,” Kerry said.