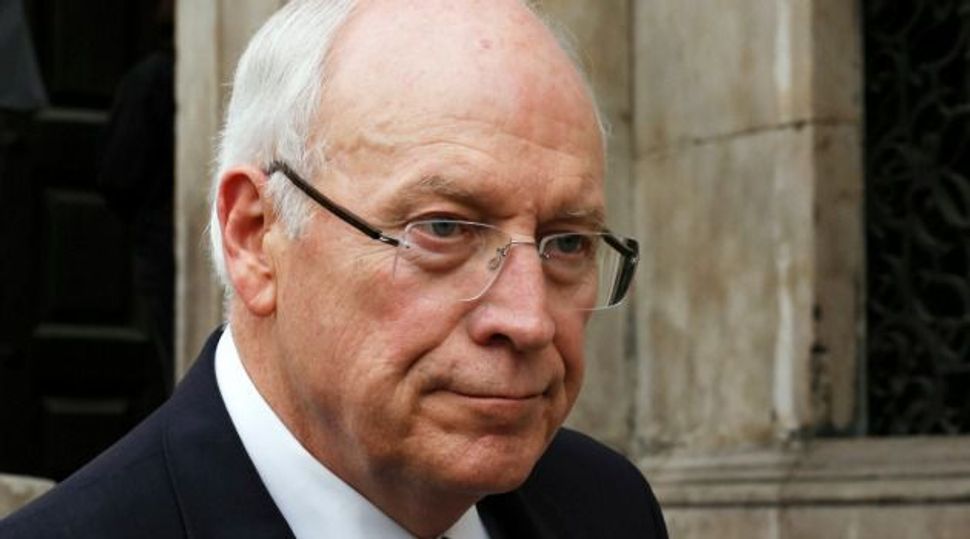 Dick Cheney told Republican Jews that he was concerned about isolationism in the party.

“One of the things that concerns me first about the campaign” for the 2016 GOP presidential nod “is that I’m worried about what I sense to be an increasing strain of isolationism, if I can put it in those terms, in our own party,” the former vice president said at a Republican Jewish Coalition conference last weekend in Las Vegas.

Cheney remarks at a closed session were reported by Mother Jones,which obtained a recording of his speech.

In his address, Cheney did not mention by name Sen. Rand Paul (R-Ky.), who did not attend the RJC conference. But Paul, a leading contender for the 2016 spot, has been criticized by the Jewish Republicans group and other GOP hawks for advocating a pullback from U.S. engagement in some overseas arenas, including the Middle East.

“It’s not taking over, by any means, but there is without question a body of thought now that’s supported by many Republicans and some candidates that the United States can afford to turn its back on that part of the world,” Cheney said.

Cheney, a fierce critic of President Obama’s foreign policy, said he had never seen the United States in a worse position in the Middle East.

“Nobody who’s been our friend in the past any longer has any sense of trust in we’ll keep our commitments, that we’ll be there in a crisis when they need us,” he said. “On the other hand, none of our adversaries need fear us.”

Obama’s successful 2008 campaign was based in part on his distancing himself from the Iraq War and its consequences, as advanced by Cheney and President George W. Bush.