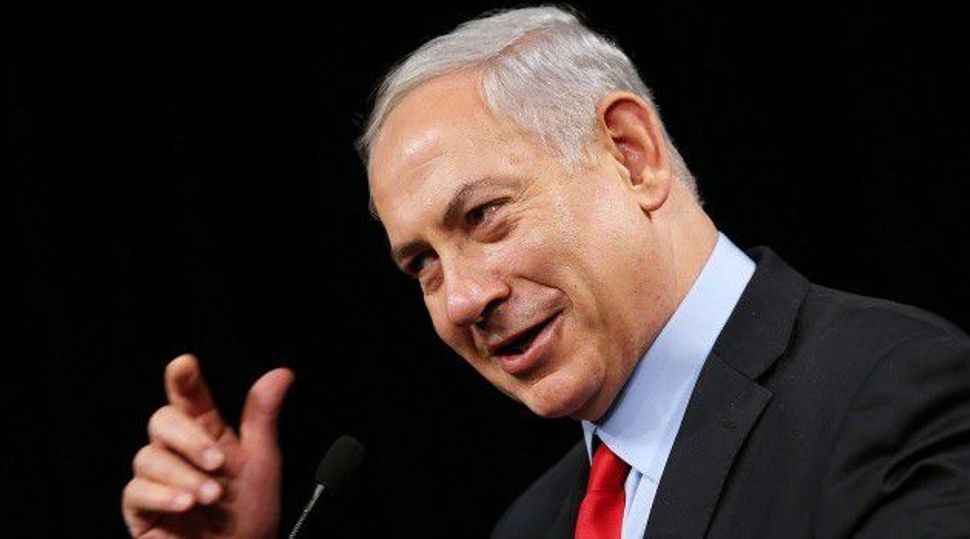 Israel has called off a planned release of Palestinian prisoners meant to advance peacemaking and called for the U.S.-sponsored negotiations to be reviewed, an official briefed on the talks said on Thursday.

The official, who declined to be identified, said Israeli negotiators had informed their Palestinian counterparts of the decision in an overnight meeting held at Washington’s behest in an effort to avert a collapse of the troubled talks.

The crisis surfaced at the weekend when Israel refused to release a group of Palestinian prisoners under the terms of a previous accord unless it received assurances the Palestinian leadership would continue with negotiations beyond an initial end-April deadline set by U.S. Secretary of State John Kerry.

Kerry flew to Jerusalem on Monday and was trying to put the talks back on track. But his mission was jeopardised when Palestinians signed 15 international conventions that could give them greater leverage against Israel.

“As the agreements on the release of prisoners were subject to upholding the Palestinian commitment not to go to the U.N., new conditions have been created and Israel will not be able to free the prisoners,” Israeli negotiator Tzipi Livni told the Palestinians, according to the official briefed on the talks.

The official further quoted Livni as saying: “The sides should now review how it is possible to make progress in the negotiations.” She urged the Palestinians to withdraw from the new conventions they had signed.

The Palestinian news agency Maan said the meeting was stormy and lasted nine hours, but failed to reach a conclusion.

The United States criticised “unhelpful, unilateral actions” by both sides and Kerry sought on Thursday to cast the crisis in a more hopeful light, telling reporters while visiting Algeria that the Israeli-Palestinian dialogue “remains open”.

During the negotiators’ meeting “there was progress made in narrowing some of questions that have arisen as a result of the last few days but there is still a gap and that gap will have to be closed and closed fairly soon,” Kerry said.

Aimed at creating a Palestinian state and ending a decades-long conflict, the talks have also stalled over Palestinian opposition to Israel’s demand that it be recognised as a Jewish state, and the issue of Israeli settlements in the occupied West Bank and East Jerusalem.

Kerry, who has repeatedly visited the region since reviving the talks in July in a bid to avoid deadlocks that have plagued past diplomacy, put the onus of success on the feuding sides.

Israeli officials in Jerusalem said there was still a small chance that an agreement might be reached to extend the talks. They said the next 72 hours would be critical.

The U.N. General Assembly voted to recognize Palestine as a non-member state in 2012, entitling them to join the conventions that Abbas signed on Tuesday, including conventions against discrimination against women and for the rights of disabled people as well as the Geneva Conventions.

U.S. support is key to Abbas’s administration in the Israeli-occupied West Bank. Around $500 million in annual aid to the Palestinian Authority helps keep its public sector and security forces afloat. Gaza is governed by Abbas’s Islamist Hamas rivals, who spurn Palestinian coexistence with Israel.

Palestinian Foreign Minister Riad al-Malki played down the prospect of U.S. sanctions in response to Abbas’s signing of the 15 international conventions as they dealt with social and human rights rather than the quest for full membership in U.N. bodies.

“Frankly speaking, I don’t expect any consequences coming from the U.S. Congress regarding this step at all,” he told reporters in Ramallah on Thursday.