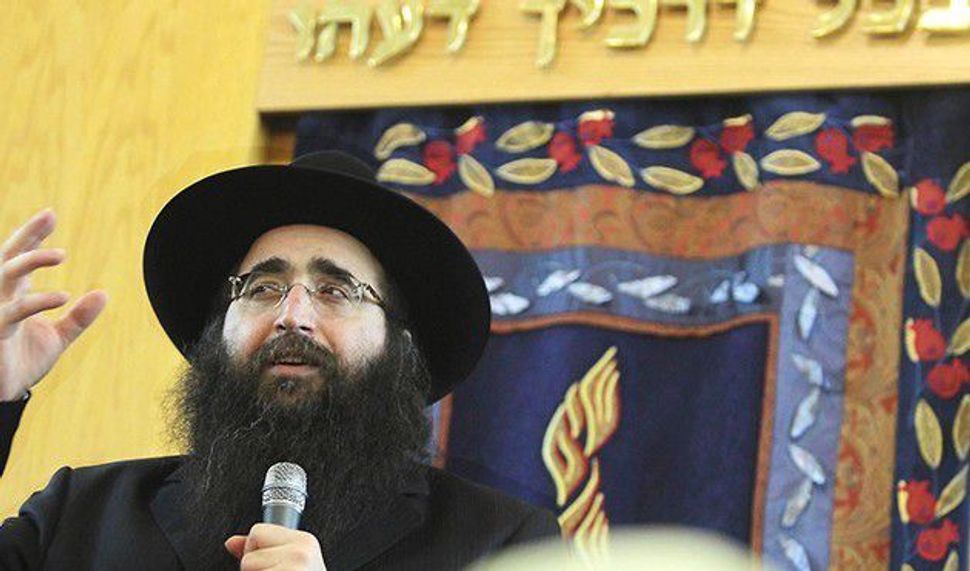 Rabbi Yoshiyahu Yosef Pinto may have lost his home. And he could soon lose his synagogue.

The embattled Israeli kabbalist is increasingly beset by legal and financial troubles, both in the United States and Israel. In recent weeks, new problems have kept piling up in New York courts.

These latest developments come as Israeli prosecutors consider indicting the prominent rabbi for attempting to bribe Israeli police officials and intimidating witnesses. And they come a month after a business rival filed a lawsuit in New York accusing Pinto of ordering a New York City police officer to arrest him.

The Forward first reported on the foreclosure proceedings against Pinto’s mansion in 2011. When this Forward reporter interviewed Pinto at the home that year, he saw two kitchens and a glass cabinet packed with silver.

Though the bank in that case began foreclosure proceedings against the rabbi’s home in 2009, the suit was ongoing until March 4, when the judge ordered that a court-appointed referee auction off the property.

The referee, Harold Beeler, told the Forward that was unaware of the judgment, and that the auction had not yet taken place. The plaintiff’s attorney, Alexander Phengsiaroun, did not respond to an inquiry about the status of the property. According to ACRIS, the city’s online property record filing system, no new deed has been filed for the property. Bentzion Suky, Pinto’s top aide and spokesman, did not immediately respond to a request for comment from the Forward.

Meanwhile, just blocks away from Pinto’s house, another creditor of Pinto’s congregation has begun foreclosure proceedings on the congregation’s synagogue, a large five-story building at 122 East 58th Street.

The mortgage holder, Corigin Real Estate Group, acquired the mortgage from Signature Bank days before filling suit, according to The Real Deal.

Suky told the Real Deal that the congregation still hoped to refinance the mortgage.

Pinto’s synagogue purchased the building at 122 East 58th Street from Rabbi Marc Schneier’s Hampton Synagogue in 2009. Schneier had hoped to open a banquet hall and catering facility in addition to a sanctuary in the building, but ran out of money amidst the economic crisis. Mosdot Shuva Israel bought the building that March for $28.5 million.

“As the economy was crashing, he could have chosen to renegotiate the price, which he never did,” Schneier told the Forward in 2011. “I will always admire him for having been the gentleman that he was.”

When asked in a 2011 interview why his organization didn’t renegotiate the deal to suit the changing real estate environment, Pinto answered with a parable about a millipede and a frog.