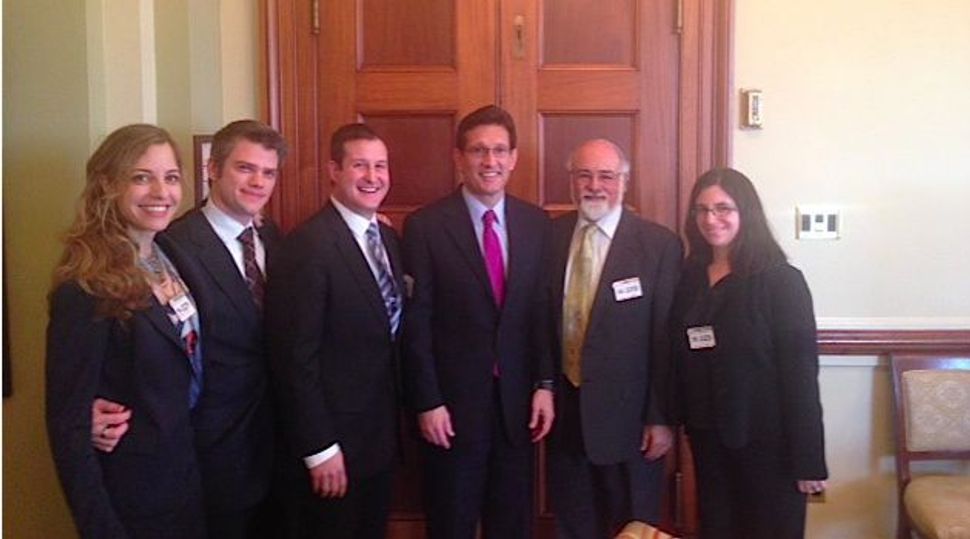 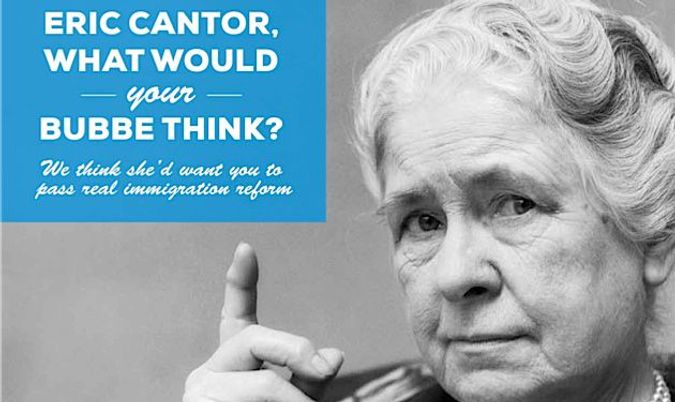 House Majority Leader Eric Cantor, a descendant of Jewish immigrants to America, told Jewish activists on Thursday he supports fixing the immigration system but will oppose attempts to pass comprehensive reform in the House of Representatives.

The long awaited meeting between the highest ranking Jewish member of Congress and communal immigration activists did not yield much in terms of moving the legislation forward, but marked a first direct dialogue with the lawmakers who is considered to hold the key for passing reform legislation.

At the meeting, held in Cantor’s Capitol Hill office, the GOP leader acknowledged his personal family connection to the issue, telling the group of three rabbis and two communal activists that were it not for immigrants seeing America as a desired destination “I wouldn’t be here.” But he explained the need to balance between fixing a broken immigration system and honoring the legal system. “As Jews, we understand that,” he said, noting that Judaism has a legal system as well. Rabbi Gary Creditor from Cantor’s hometown of Richmond who attended the meeting replied: “Our rabbis understood long ago how to wiggle waggle” the legal system.

Cantor made clear he would not support comprehensive immigration reform and would not use his position as Majority Leader to bring the bill, which has already passed in the Senate, to the House floor for a vote. However, he made clear he’d be open to advancing some parts of the immigration reform, focusing on legislation that would grant citizenship to children of undocumented immigrants brought to America at a young age. 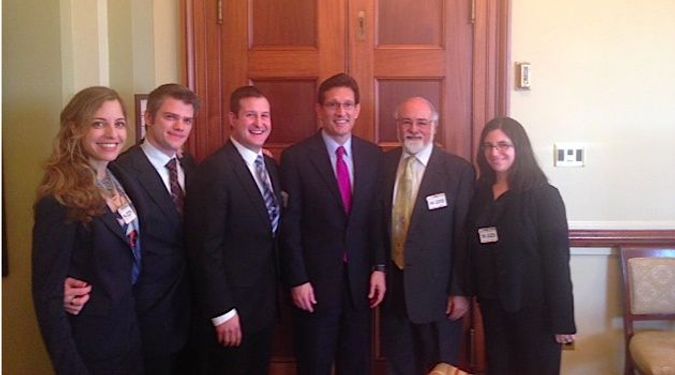 “Our goal wasn’t to change his mind,” said Abby Levine, director of the Jewish Social Justice Roundtable who organized the meeting. She noted that the meeting succeeded in building a relationship with Cantor and exchanging information.

Jewish participants in the meeting handed Cantor a petition and a letter signed by members of the community urging him to allow a vote on comprehensive immigration reform.

Cantor has been the focus of a recent campaign led by Jewish pro-immigration groups. A full page add published in Polotico on Thursday showed an elderly Jewish lady and asked: “Eric Cantor, what would your bubbe think?”