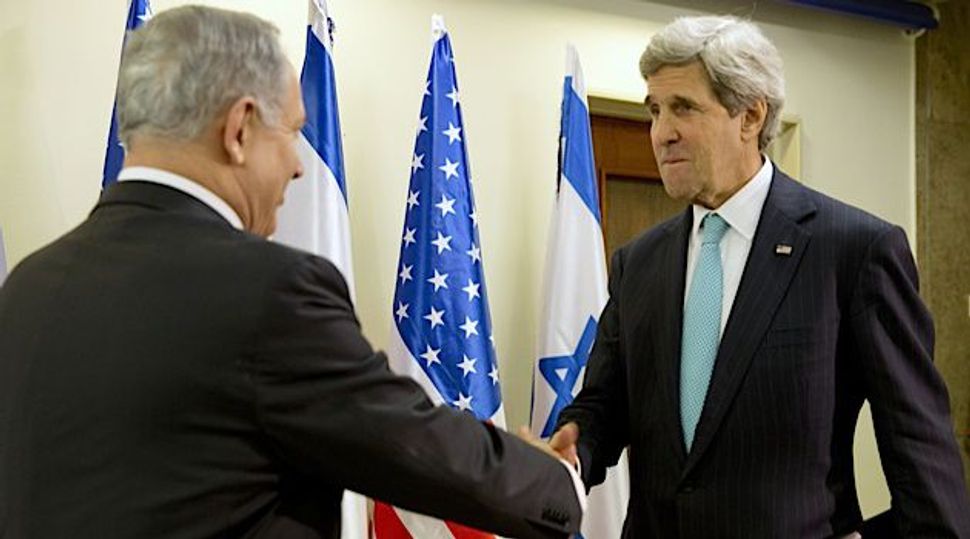 U.S. Secretary of State John Kerry warned on Friday the United States was evaluating whether to continue its role in Middle East peace talks after both Israeli and Palestinian sides had taken steps that were not helpful.

Speaking during a visit to Morocco, Kerry said it was “reality check time” and there was a limit to effort the United States could make on the peace process if the parties themselves were unwilling to take constructive measures.

“This is not an open-ended effort, it never has been. It is reality check time, and we intend to evaluate precisely what the next steps will be,” Kerry said.

Kerry said he would return to Washington on Friday to consult with the Obama administration on the next step. U.S. officials said Kerry had been blindsided by moves by Israeli and Palestinian leaders that affected the negotiations process.

“There are limits in the amount of time and effort that the United States can spend if the parties themselves are unwilling to take construction steps in order to be able to move forward,” Kerry said.

“They say they want to continue, neither party has said they have called it off, but we are not going to sit there indefinitely,” he said.

The talks crisis erupted at the weekend when Israel refused to release a group of Palestinian prisoners under the terms of a previous deal unless it had assurances the Palestinians would continue talks beyond an initial end-April deadline.

The U.S. secretary of state arrived in Jerusalem on Monday to put the negotiations back on track, but his efforts were undermined when Palestinians signed 15 international conventions that gave them greater leverage against Israel.

Israel has called off the planned release of Palestinian prisoners meant to advance peacemaking and called for the U.S.-sponsored negotiations to be reviewed, an Israeli official briefed on the talks said on Thursday.

Kerry has spent much of his first year as America’s top diplomat invested in the Middle East peace process, and has visited the region more than ten times.

He broke off twice from his current 12-day trip in Europe and the Middle East to see Israeli and Palestinian leaders in an effort to salvage the peace talks.

Aimed at creating a Palestinian state and ending a decades-long conflict, the talks have also stalled over Palestinian opposition to Israel’s demand that it be recognized as a Jewish state, and the issue of Israeli settlements in the occupied West Bank and East Jerusalem.