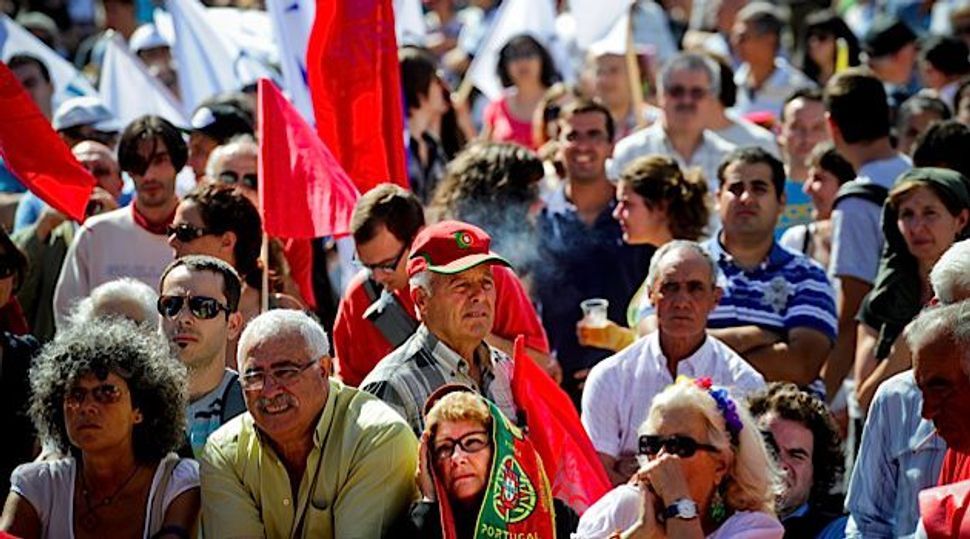 Portuguese prosecutors are investigating a Jewish prison guard and five of his colleagues for making a Nazi salute.

The six men participated in a demonstration last month against the government’s austerity measures in front of Portugal’s parliament in Lisbon, Diario de Noticias, a daily newspaper, reported earlier this week. The newspaper did not name the men, but reported that one of them was Jewish.

The decision to investigate the men came almost a month after the demonstration, in which a crowd of government employees, mostly male and many wearing masks, were seen singing the national anthem and waving their arms in what prosecutors said were Nazi salutes that violated Portuguese law against the display of fascist symbols.

The Jewish prison guard told the daily he was “indignant” over the decision.

A spokesperson for the group told the sapo.pt news site that the investigation was baseless as none of the guards had any connections to the extreme right, and that it was a way for the government to punish them for participating in the protest rally.