Nigella Lawson Banned From the U.S. Over Drug Use 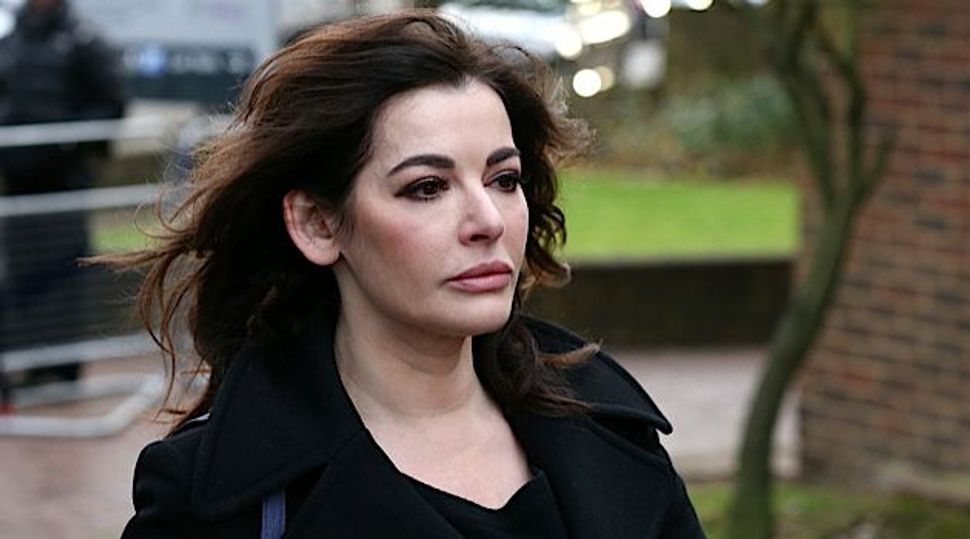 The British celebrity chef Nigella Lawson was banned from flying to the United States because she confessed to taking illegal drugs, British media reported.

According to reports Thursday, the 54-year-old Jewish celebrity’s barring from the United States was connected to her admitting recently during a court hearing that she had taken cocaine seven times and had smoked cannabis.

Lawson, who is a judge on the television show “The Taste in the United States,” went to Heathrow Airport on Sunday morning to catch a British Airways flight to Los Angeles, The Daily Mail tabloid reported Thursday.

But after checking in and clearing security, she was told she would not be allowed on the flight.

“She didn’t seem to say much, but she did not look happy. She could not get on the flight so she had to turn around and leave,” a witness told the paper.

The United States asks people if they have ever been arrested or convicted in relation to illegal drugs. It can decide to prevent entry to the country even if the person involved was never charged.

The U.S. Department of Homeland Security told British media it could not comment on individual cases.

A spokesman for Lawson said: “We would never comment on Nigella’s travel plans.”

However, the ban will not be permanent if she applies for a special waiver.

Lawson will now be “invited to come back in through a different process,” sources told The Evening Standard. Lawson admitted to taking drugs during a trial last year against sisters Elisabetta and Francesca Grillo, both former assistants, whom she accused of defrauding her to support their high-end lifestyle.

Nigella Lawson Banned From the U.S. Over Drug Use