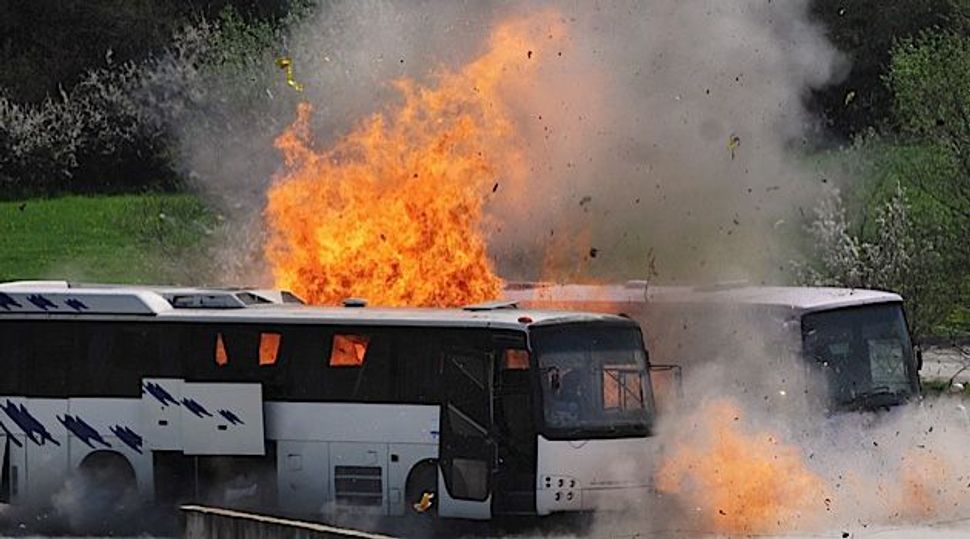 Bulgaria’s Interior Minister said he is certain that the Hezbollah terrorist organization was behind the bombing of a tour bus in Burgas that killed five Israelis and their Bulgarian bus driver.

“All traces lead there,” Tsvetlin Yovchev told journalists Monday, according to the Sofia News Agency. “What can we prove in court, is another matter. If you’re asking me if I am certain of this – yes, I am.”

His remarks came several hours after Bulgarian media reported that the suicide bomber, who detonated explosives on or near an Israeli tour bus on July 19, 2012, outside the Burgas airport, was of Algerian origin and had trained in terrorist camps in South Lebanon.

Bulgaria’s chief prosecutor announced in February the discovery of a third suspect.

The two suspects previously identified in the July 2012 bombing are believed to be in Lebanon. They are Meliad Farah, a 32-year-old Australian also known as Hussein Hussein, and Hassan el-Hajj Hassan, a 25-year-old Canadian. Both are said to be associated with Hezbollah, the Lebanon-based terrorist group; both also hold Lebanese citizenship.

Hezbollah has denied involvement in the attack.