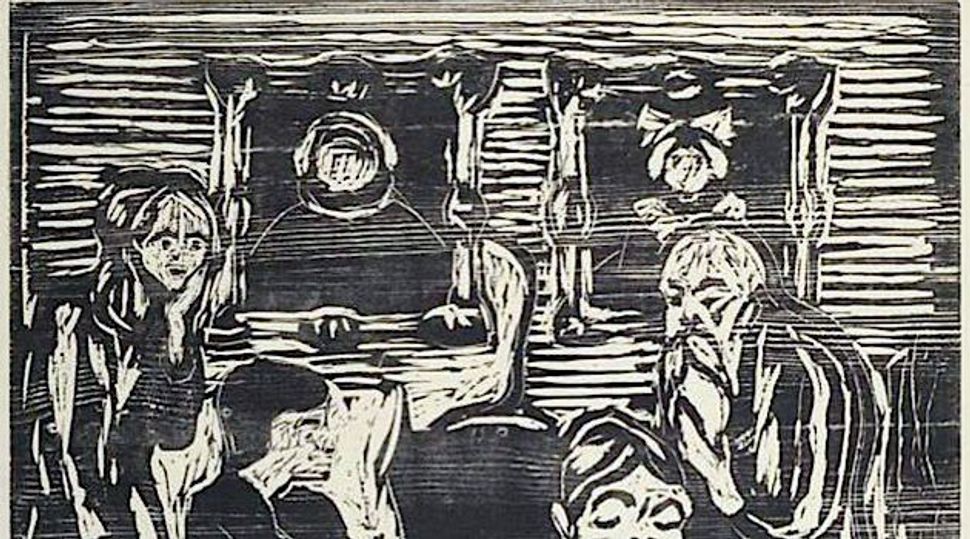 One of the 1,400 art works found in Cornelius Gutlitt?s apartment in Munich. Image by Getty/CHRISTOF STACHE

The federal government and Bavaria state said Cornelius Gurlitt, 81, has agreed to cooperate with authorities to determine if some of the 1,280 art works were stolen from their original owners, many of whom were Jewish, during the Nazi era.

Gurlitt has agreed to waive the statute of limitations under which his lawyers claim he is the rightful owner of some of the artworks, which include masterpieces from artists such as Pablo Picasso, Henri Matisse, Otto Dix and Ernst Ludwig Kirchner.

“We’re sending a clear signal to the outside world that we won’t allow Nazi injustice to continue 70 years after the end of the war,” she said.

The government has been heavily criticized – notably by families whose relatives were robbed by the Nazis – for keeping silent for almost two years about the trove of some 1,400 art works after the paintings were found in Gurlitt’s Munich flat.

The stash of paintings, drawings and sculptures has been valued at 1 billion euros ($1.35 billion). In exchange for his cooperation, Gurlitt will get back many of the other paintings whose provenance is not in doubt.

Gurlitt, whose father took orders from Adolf Hitler to buy and sell so-called ‘degenerate art’ to fund Nazi activities, aroused suspicion in 2010 when German customs officials stopped him on a train from Switzerland carrying a large sum of cash.

When authorities raided his apartment in February 2012 on suspicion of tax evasion, they found the collection including modernist and Renaissance masterpieces.

Gurlitt filed an appeal in February at the Augsburg court that issued the search order, challenging the prosecutor’s seizure of the art works on suspicion of tax evasion.

The agreement follows an announcement from Gurlitt on Monday that a second claimant has come forth seeking the return of “Sitting Woman” by Matisse, which was slated to be returned to the heirs of the late Paris art dealer Paul Rosenberg.

The “Schwabing Art Trove” Task Force, made up of international art experts, has one year to determine the provenance of the collection.

According to the agreement, works that haven’t been examined within one year will be returned to Gurlitt.