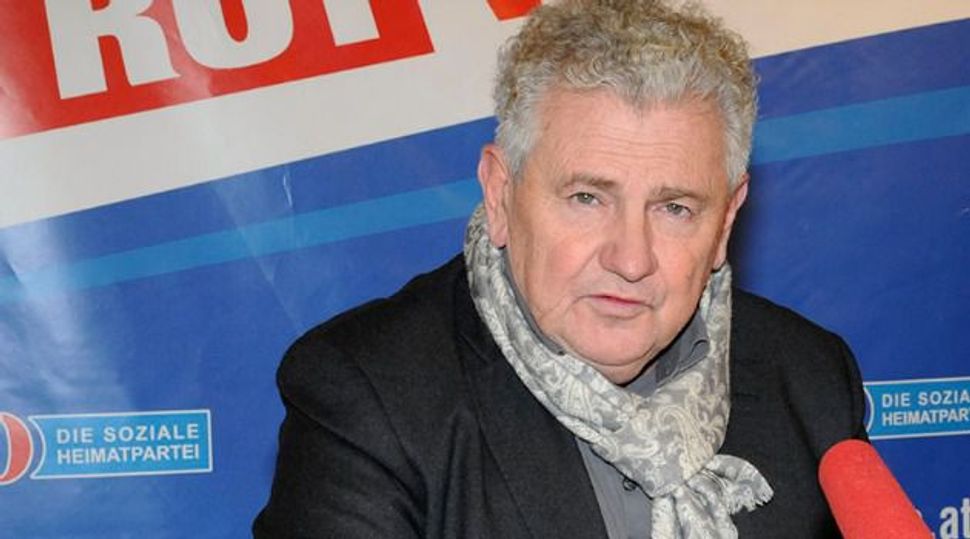 A far-right Austrian candidate for a seat on the European Parliament withdrew from the race over remarks in which he called Nazi Germany more liberal than the E.U.

Andreas Moelzer, a candidate from the far-right Freedom Party, withdrew his candidacy on Tuesday, Reuters reported. Austrian Jewish leader Oskar Deutsch, president of the Federation of Jewish Communities in Austria, had called on Moelzer to quit the race after the remarks came to light.

Moelzer was quoted by Germany’s Sueddeutsche Zeitung newspaper as saying that the Third Reich “certainly did not have as many rules and regulations, commandments and bans” as the European Union and looks more “informal and liberal” by comparison, according to Reuters.

Moelzer later said in a statement that he condemned the Hitler regime and that he was not trying to minimize Nazi atrocities.

He said Tuesday that he was dropping out of the race because his party had lost confidence in him.

The election for the European Parliament is scheduled for May; the Freedom Party is expected to make a good showing.