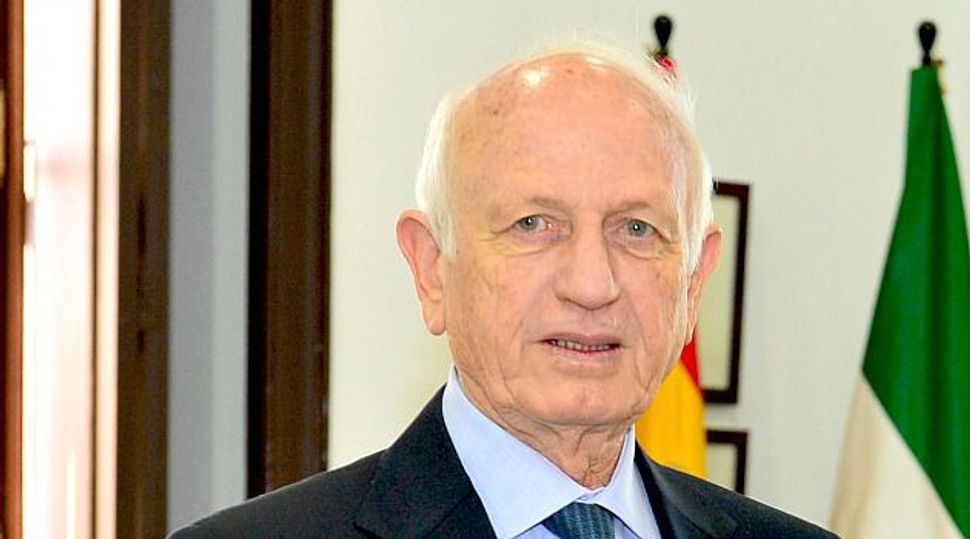 Inflammatory: Andre Azoulay, a Jewish advisor to Morocco?s King Mohamed VI, was placed on a list of pro-Israel figures. Image by wikimedia

An anti-Israel organization in Morocco has published a list of people and institutions it accuses of collaborating with the Jewish state.

The Moroccan Observatory against Normalization with Israel published the list last week in its annual report for 2013, the news site Hespress.com reported.

They were listed for visiting Israel or working to further cooperation with it, according to the report, which named some of the individuals listed as “symbols of the Zionist infiltration into Morocco.”

The observatory is described as an umbrella body representing groups and individuals who are working to end commerce and international ties between Israel and Morocco, one of the Arab world’s friendliest countries to Israel. Its spokespeople have said they seek to “put a price on collaboration with Israel.”

It was established last year, when five political parties, including the Islamist ruling party, jointly sponsored two bills that propose to make it illegal to trade with Israeli entities. At least one bill proposes to make it illegal for Israelis to enter Morocco, according Ya Biladi, a Moroccan daily newspaper.

One of the people on the list, Ali Ouidani, was described as a businessman from Goulmima in central Morocco who trades with Israel.

Ouidani, who heads a civil society association involved in education, denied the assertions in an open letter he sent the observatory Saturday.

His visit to the Israel two years ago, when he also toured the Knesset, focused on getting to know Moroccan-born Israelis, he wrote.

“We asked them why certain Jews of Moroccan origin belong to a party that supports exclusion, that expulses and occupies Arab territories when, in fact they were never subjected to such behavior in Morocco,” he wrote in his letter. Some 250,000 Moroccan Jews left Morocco in the 19 years that followed Israel’s establishment in 1948. A few dozen Jews were killed in at least three pogroms that occurred between 1938 and 1954, according to Prof. Shmuel Trigano, a lecturer of political sociology at Paris X University Nanterre.

Zionism was outlawed in Morocco in 1959 and defined a “serious crime.” Morocco ended that official animosity in the late 1980s and has maintained ties with Israel since then. In recent years, the royal house has undertaken the reconstruction of dozens of Jewish heritage sites.