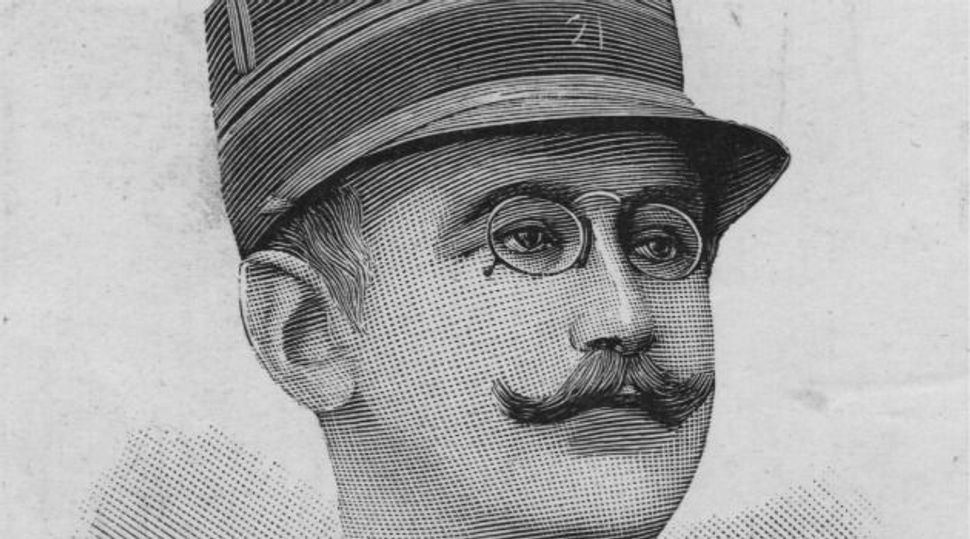 A French mayor from the far-right National Front party evicted from city-owned offices an anti-racism group inspired by the Dreyfus trial.

Steeve Briois, who was elected last month to run the town of Henin-Beaumont, ordered the Human Rights League, or LDH, to clear out of its workspace last week, LDH President Pierre Tartakowsky told JTA.

The LDH, which was established in 1898 to protest the wrongful and racially motivated conviction for espionage of the French Jewish army captain Alfred Dreyfus, for years had occupied office space provided free to it and other civil society groups by the municipality, Tartakowsky said.

“We have made no secret of our opposition to racism, anti-Semitism, the extreme right and National Front itself,” he said. “The party knows that targeting us as a human rights group is a symbol; they want to make people afraid.” In a statement sent Tuesday, Briois wrote, “Municipalities are not allowed to fund organizations that are politicized and partisan.”

The municipality had provided $414 in funding to LDH per year, according to Le Figaro.

National Front, whose honorary president, Jean-Marie Le Pen, has multiple convictions for Holocaust denial and incitement to hatred against Jews and other minorities, has mayors in 11 municipalities following its showing in the March 30 local elections. Its previous record was four mayors.

Le Pen’s daughter Marine Le Pen, the party’s current leader, said on April 4 that educational institutions in cities run by National Front mayors would no longer offer special menus to accommodate pupils’ religious requirements — a practice some French schools have adopted in light of the Jewish and Muslim religious prohibition on eating pork.

Following protests by Jewish and Muslim groups, Marine Le Pen wrote on Twitter that “this is an artificial polemic” because schools generally have two different menus, meaning that if one menu has pork, the other will likely not contain the same meat.