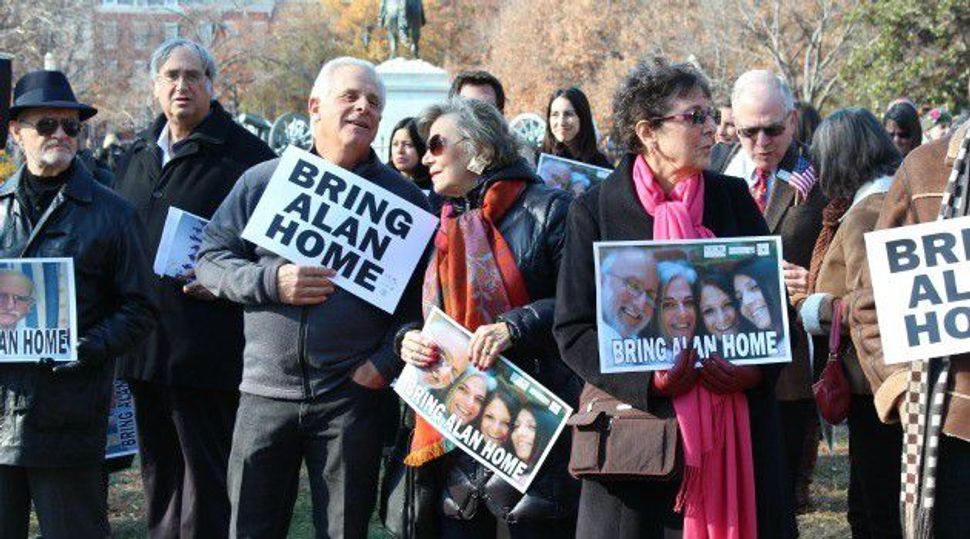 Alan Gross suspended his hunger strike after a week at the behest of his elderly mother.

“Alan’s mother asked him to stop the fast,” Jill Zuckman, the spokeswoman of the family of the State Department subcontractor imprisoned in Cuba, told JTA. “He agreed to do that today.”

Gross, who launched his fast April 3, told his lawyer in a weekly call on Friday that he planned further protest actions, Zuckman said, although he did not elaborate.

Gross’ mother, who is suffering from cancer, turns 92 on Tuesday, which is also the first day of Passover.

Gross, 64, a subcontractor for the State Department on a mission to hook up Cuba’s small Jewish community to the Internet, was arrested in December 2009 as he was leaving Cuba. The Maryland resident is serving a 15-year sentence for “crimes against the state.”

Gross says he has lost more than 100 pounds since his imprisonment and suffers from painful arthritis. He reportedly leaves his shared cell once a day for one hour.

When Gross launched his hunger strike, he said it was to protest inaction by both the Cuban and U.S. governments.

“Once again, I am calling on President Obama to get personally involved in ending this stand-off so that I can return home to my wife and daughters,” he said in a statement at the time.