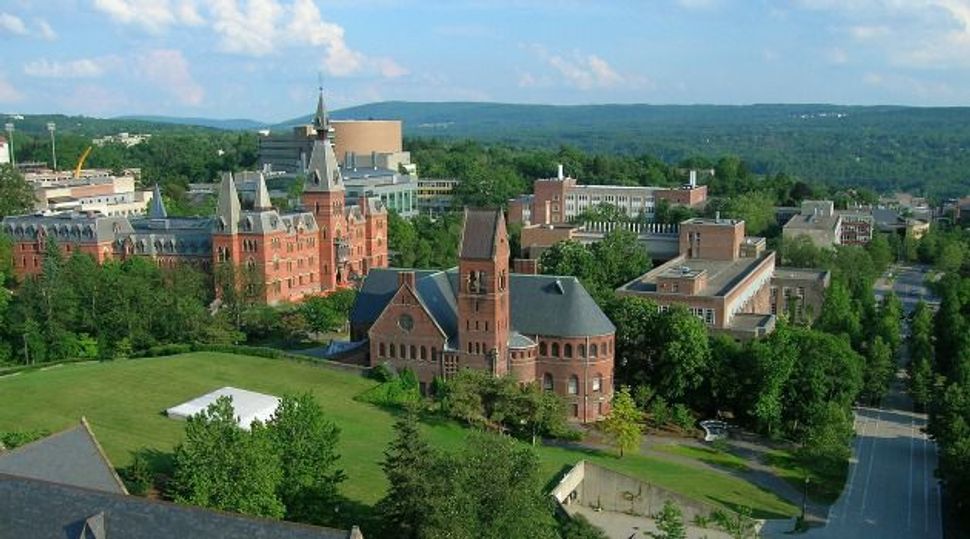 The Cornell University Student Assembly voted to table indefinitely a resolution to divest from companies that do business in Israel.

The April 10 vote to table the resolution, which called on the Ithaca, N.Y., university to divest from companies that “profit from the Israeli military occupation of Palestinian territories,” was 15-8 with one abstention, according to the Cornell Sun student newspaper.

The Cornell chapter of Students for Justice in Palestine sponsored the resolution, which had it advanced would have been voted on this week — in the middle of Passover, when it was assumed there would be a reduced presence of Jewish students on campus.

William Jacobson, a clinical professor of law at the Cornell Law School, reported on his blog, Legal Insurrection, that the tactic of pushing through a divestment resolution on Passover may be part of a larger trend.

According to Jacobson, April 16 is a coordinated National Day of Action in support of the Palestinians called by the national Students for Justice in Palestine organization.