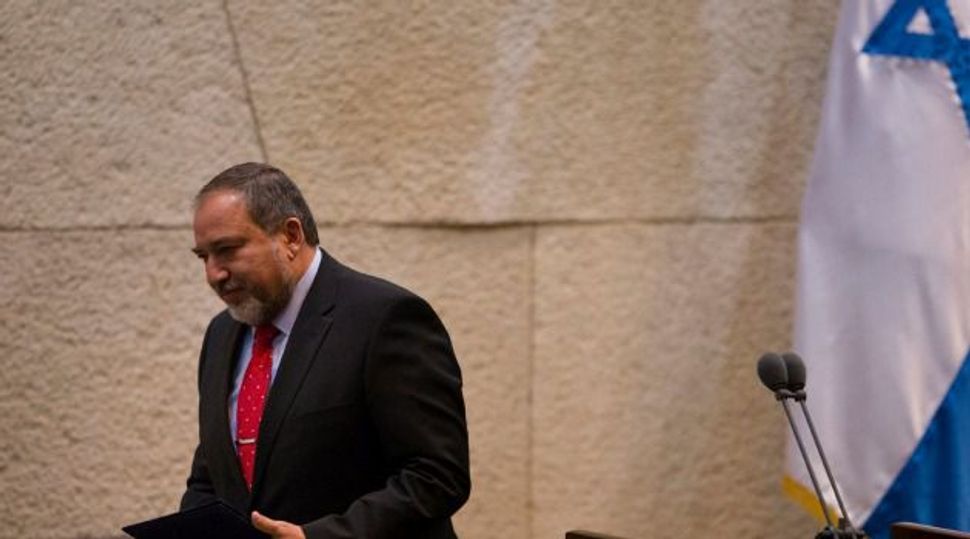 Israel is holding secret talks with some Arab states that do not recognise it, looking to establish diplomatic ties based on a common fear of Iran, Israeli Foreign Minister Avigdor Lieberman said on Monday.

Amongst the countries he was in contact with were Saudi Arabia and Kuwait, Lieberman told newspaper Yedioth Ahronoth – the first such disclosure by a senior Israeli official.

The two nations swiftly denied the existence of any talks with Israel.

Both these states, along with most other Arab nations, have traditionally been highly hostile towards Israel, which has only signed peace deals with two neighbours – Egypt and Jordan.

However, anti-Israeli sentiment was being superseded by a growing concern over Iran’s nuclear programme, Tehran’s regional allies, and the menace of Islamist militancy, Lieberman said.

“For the first time there is an understanding there that the real threat is not Israel, the Jews or Zionism. It is Iran, global jihad, (Lebanese Shi’ite guerrilla group) Hezbollah and al Qaeda,” the foreign minister said.

“There are contacts, there are talks, but we are very close to the stage in which within a year or 18 months it will no longer be secret, it will be conducted openly,” added Lieberman, who is a far rightist in the coalition government.

Lieberman said he was in touch with “moderate” Arabs – a term Israelis often use for Sunni states in the Gulf and elsewhere in the Middle East that align with U.S. interests. He also said he would have no problem visiting Saudi Arabia or Kuwait.

“I have spent more than a few years of meetings and talks with them. As far as they are concerned, there is only one red rag and that is Iran,” he said.

A spokesman for Saudi Arabia’s Foreign Ministry said: “There are no ties or talks with Israel at any level.” In Kuwait, Foreign Ministry Undersecretary Khaled al-Jarallah said: “It is not true, we don’t have these kind of talks.”

Yedioth paraphrased Lieberman as saying some new Israeli-Arab peace accords would be signed in 2019.

“I’m certain that by then we will have a situation in which we have full diplomatic relations with most of the moderate Arab states. And you can count on my word,” he said.

Prime Minister Benjamin Netanyahu has long hinted that Israel and the Gulf states share a similar goal in halting Iran’s nuclear programme, saying they all saw a mortal threat in its ambitious atomic drive.

Iran denies that it is planning to build nuclear weapons.

Senior Israeli officials have also said that like themselves, moderate Sunni states are worried that Washington was not taking a tough enough line with Tehran.

However, analysts have scoffed at the idea that ties between Israel and much of the Arab world could be normalised while the Israeli-Palestinian conflict remained unresolved.

U.S.-brokered peace talks between the two are floundering, with no indication that a resolution is anywhere in sight.

“To Saudi Arabia and the Gulf states, the cost of open relations with Israel at this time may be higher than the benefit, given the position of the Arab street,” Israeli think tank, the Institute for National Security Studies, said in a report in December.

Lieberman, who has worked hard in recent months to soften his hardline international image, suggested Arab nations were as eager as Israel to be open about their shared interests.

“I think that they too are stewing in their own juice and reaching an awareness that there will be no choice but to move from the secret stage of the dialogue between us to the open stage of the talks,” he said.