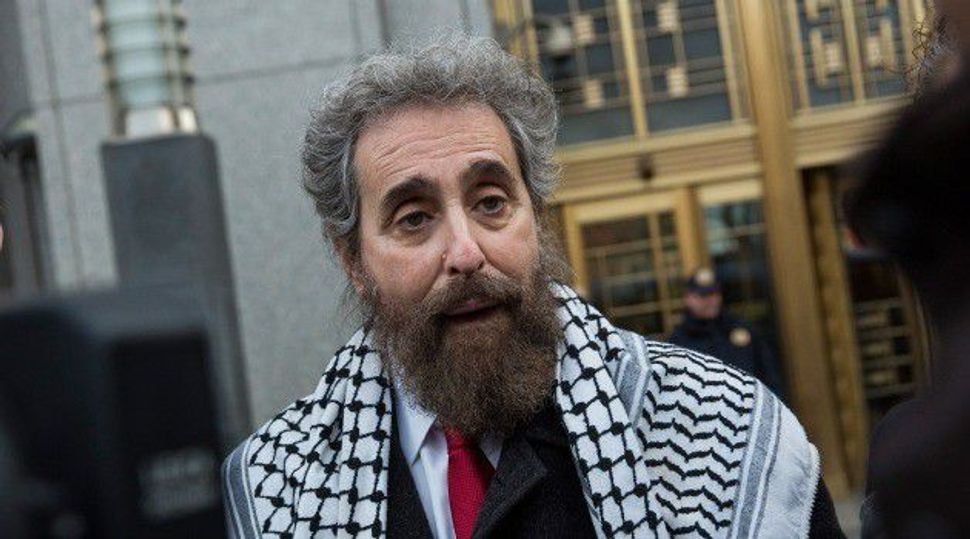 Stanley Cohen, 63, pleaded guilty on Monday in federal court in Syracuse, New York, to obstructing and impeding the Internal Revenue Service, according to court filings

Prosecutors said Cohen failed to file tax returns between 2005 and 2010, and routinely accepted cash from clients and storing it in a safe deposit box at an upstate bank.

Cohen operates a law office out of New York City but also has a home and office 100 miles to the north, in Sullivan County.

According to the court filings, Cohen also agreed to plead guilty within the next 10 days in a separate tax-related case in Manhattan federal court, where he is charged with failing to file tax returns for his law office in 2006 and 2007.

In a lengthy statement released via Twitter on Sunday, Cohen said he expected to be sentenced to 18 months in prison and to lose his law license, which he received in 1984.

“I would expect to spend much of my time in prison … assisting the unjustly accused and those prosecuted because of color, class, or politics,” he said.

Cohen is scheduled to be sentenced on Aug. 21.

U.S. Attorney Richard Hartunian in the Northern District of New York said in a statement that Cohen had sought to avoid paying his fair share of taxes.

“No citizen, especially an attorney, is above the law,” Hartunian said.

Cohen represented Suleiman Abu Ghaith, the son-in-law of Osama bin Laden and a former spokesman for al Qaeda, who last month was found guilty in Manhattan federal court of conspiring to kill Americans.

Cohen has also previously represented officials from the Palestinian Islamic group Hamas, members of an upstate New York Native American tribe accused of smuggling $700 million worth of cigarettes and liquor into Canada, and Mohamed Alessa, a Jordanian citizen living in New Jersey who was convicted in 2011 of plotting to join an armed Islamic group in Somalia to wage holy war against non-Muslims.