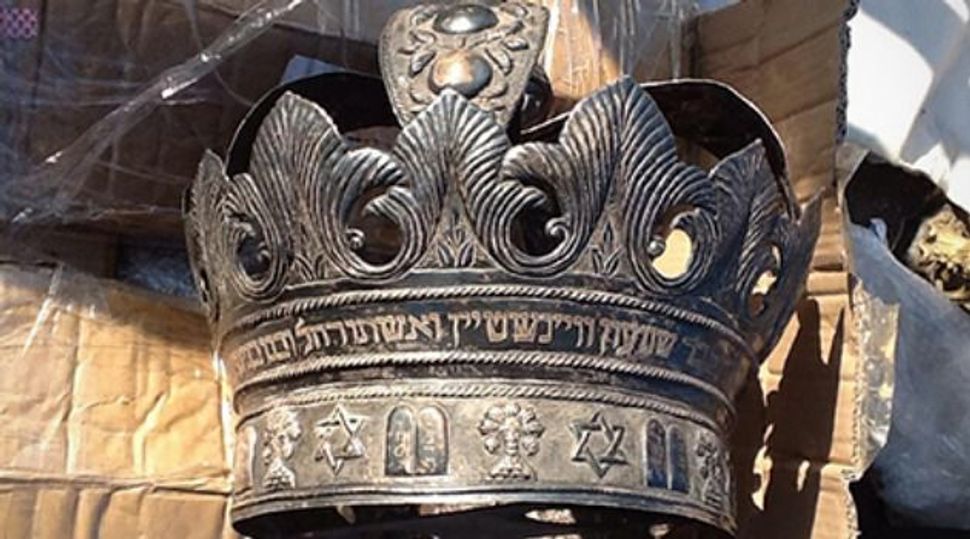 Image by Egypt’s Ministry of Antiquities

Egyptian police seized a collection of Jewish artifacts from a local port as they were about to be smuggled to Belgium.

The artifacts were discovered hidden among other cargo at Damietta port, Egyptian Antiquities Minister Mohammed Ibrahim said Friday in a statement.

Among the antiquities were several wooden boxes with silver plating used to house Torah scrolls, a silver knife dated to 1890 with inscriptions on it, a silver crown bearing Hebrew text, silver chandeliers and silver bells.

The objects will be studied to determine their provenance, according to Ibrahim.