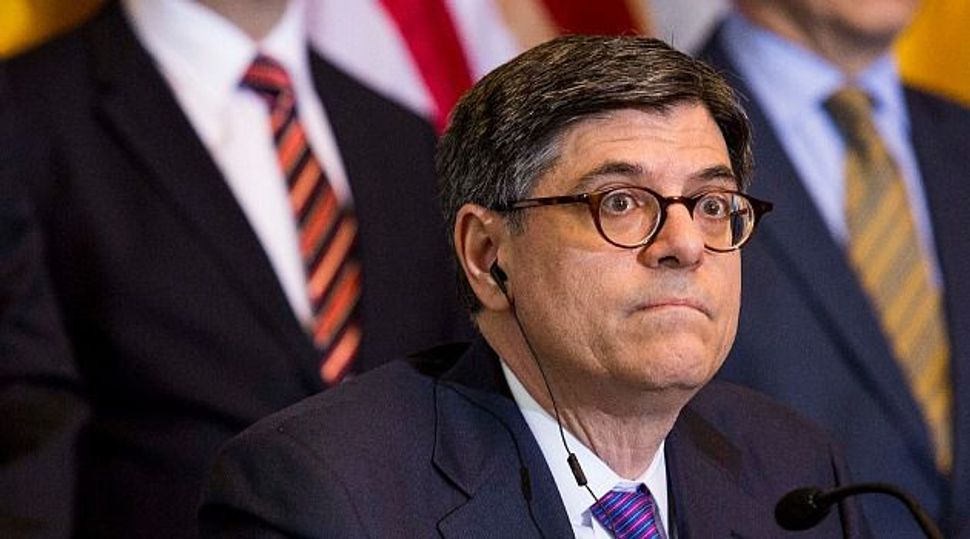 Treasury Secretary Jack Lew will visit bankrupt Detroit this week to highlight the Obama administration’s “continued commitment to the city’s revitalization and explore ways to promote job creation and economic growth,” according to an advisory his department released on Monday.

Lew will meet with leaders from philanthropic foundations on Thursday to discuss economic development in the city that filed for the largest municipal bankruptcy in U.S. history last July. Then on Friday, he will tour a metal stamping business to promote his department’s small business credit initiative.

In a draft of its plan for restructuring $18 billion in debt and other obligations released last week, Detroit outlined how it will tap philanthropies for $816 million to cover pension costs and avoid selling pieces from the Detroit Institute of Arts.

President Barack Obama has not pledged direct funds to the Motor City, but his administration and Congress are using existing federal programs to provide aid. Last week, local media reported the state of Michigan would send the city $100 million for blight removal from a federal fund designed to help states cope with the foreclosure crisis. That, in turn, would free up money to ease pension cuts for retirees.

“We continue to provide technical advice to the city and state on a range of topics, including efforts to leverage existing federal funding sources for blight elimination,” said a White House official. “As we’ve said, there is no bailout coming from Washington, but we continue to support the efforts by state and local officials as they work on Detroit’s revitalization.”

The assistance comes as Detroit zeroes in on formulating a final restructuring plan that can win approval from Bankruptcy Judge Steven Rhodes.

“I have urged President Obama to examine all options for executive action to help the city of Detroit overcome its fiscal challenges, and I am pleased that he is seeking to take positive action,” said Representative John Conyers, a Democrat from Michigan. “I will be discussing further legislative options with my colleagues in Congress.”