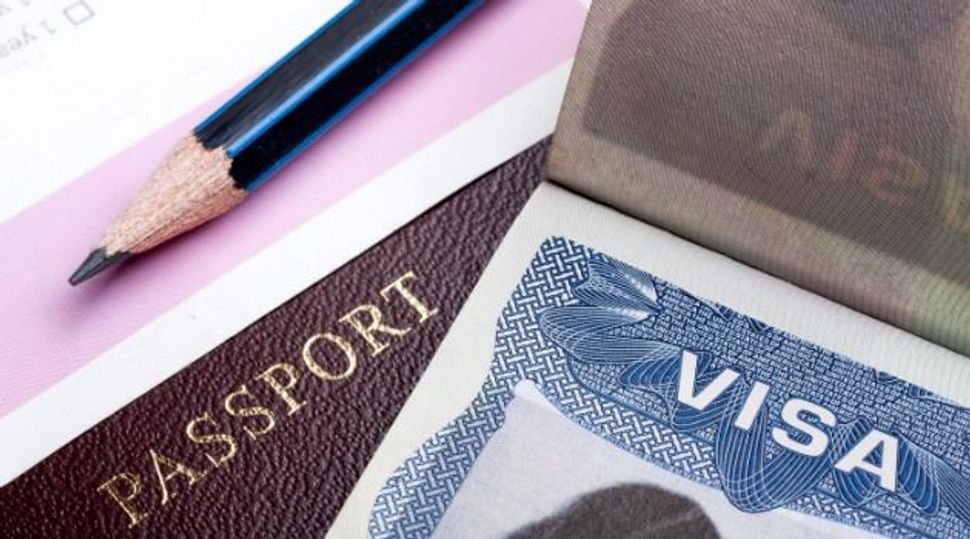 “Although two-thirds of young Israeli applicants receive visas, some people have a misconception that young Israelis are not welcome in the United States,” Shapiro wrote Sunday on his Facebook page.

“This is certainly not the case. Israel is one of our closest allies, and we welcome all opportunities to foster ties between Israelis and Americans, including visits to the United States,” he wrote

Shapiro said placing Israel in the visa waiver program is a goal shared by both countries.

Permitting Israel into the visa waiver program would exempt Israeli citizens from having to obtain a tourist visa; it would allow them to stay in the United States for up to 90 days.

The United States and Israel have created a working group to help Israel advance toward joining the visa waiver program.

Two major obstacles have kept Israel from joining the program: Allegations by U.S. officials that Israel has discriminated against Arab- and Muslim-Americans seeking entry, and a proliferation of young Israelis traveling to the United States as tourists and then working illegally.

Haaretz reported Tuesday that Israel is willing to treat Palestinian-Americans wishing to enter Israel the same as it treats other Americans if Israel is allowed to join the visa waiver program. The newspaper cited an unnamed senior Israeli official.

The maximum visa rejection rate for entry into the program is 3 percent, and Israel’s is at 9.7 percent, spiking up from a 6 percent average in recent years.