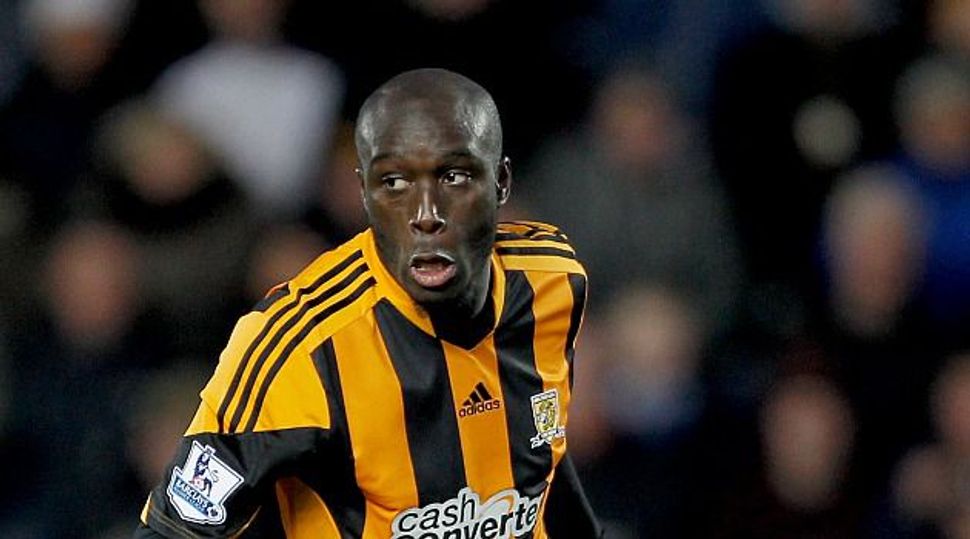 A soccer player from the Ivory Coast for Britain’s Hull City team has been fined for posting a message of support for Nicolas Anelka’s quenelle gesture on social media.

The Football Association on Tuesday fined player Yannick Sagbo more than $25,000 for the action following an Independent Regulatory Commission Hearing, where he admitted a breach of the soccer league’s Rule E3, under which players are prohibited from making comments that are “abusive and/or indecent and/or insulting and/or improper.” An aggravated breach of E3 includes comments that include “a reference to ethnic origin and/or race and/or religion or belief.”

Sagbo also was ordered to attend a “compulsory education course.” Once a written decision is issued, Sagbo or his team can appeal the decision.

The quenelle was invented by Dieudonne M’bala M’bala, a French comedian who has multiple convictions for inciting hatred against Jews. Jewish groups say the gesture — which involves folding one arm over one’s chest while pointing downward with the other arm — is offensive and alludes to the Hitler salute. It is widely considered to be anti-Semitic.

Anelka, a French soccer player who played with Britain’s West Bromwich Albion team, in late February was fined and given a five-match suspension for performing the gesture during a December game. He was later fired by the team.