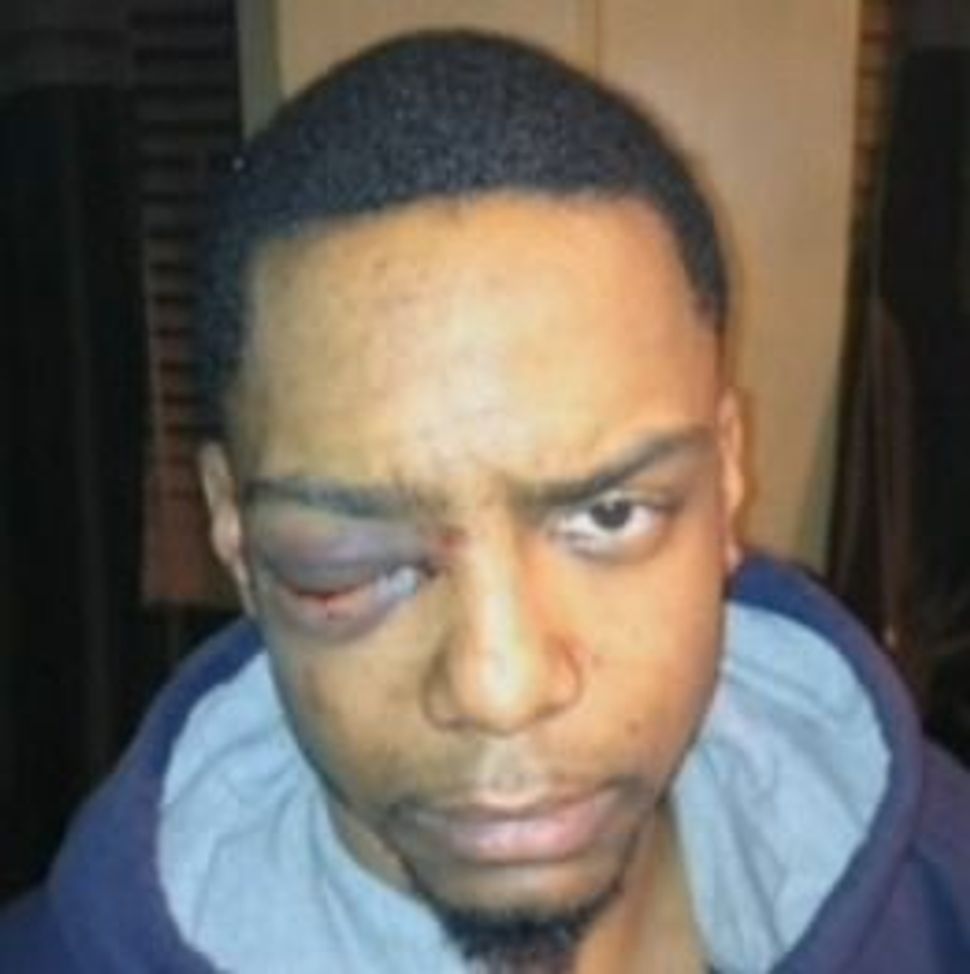 The New York Police Department has arrested four Hasidic men in the December beating of a black gay man in Williamsburg, Brooklyn, according to news reports.

The NYPD confirmed to the Forward that four men were in custody, but had no information about what they were being held for.

The December 1 attack took place at 4:30 a.m. on Flushing Avenue in the Williamsburg section. The victim, Taj Patterson, 22, told investigators that he was attacked by a group of more than a dozen ultra-Orthodox men. The attack was witnessed by an MTA bus driver. Patterson required surgery to reattach his retina after the beating.

The arrests were first reported by Yeshiva World News and later confirmed by The Daily News. The New York Post reported that the Hasidic were being questioned by the NYPD’s Hate Crime Task Force.