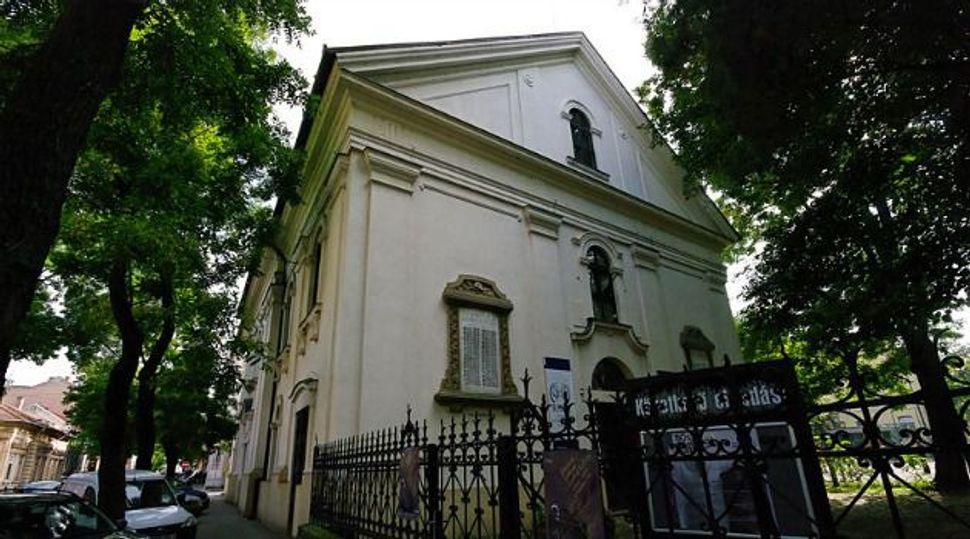 European Reform Jews landed what they said was an important victory in their legal fight for equal recognition and funding from the governments of Hungary and Poland.

The European Court of Human Rights in Strasbourg, France, ruled earlier this month against the Hungarian government, the union’s president, Leslie Bergman, said on Thursday, during his organization’s biennial conference in Dresden, Germany.

The union was among more than 10 religious organizations that sued the Hungarian government over its 2011 Churches Law, which stripped several denominations, including Hungary’s Szim Shalom and Bet Orim Reform communities, of government recognition and the funding that comes with it. The law recognized only those institutions that had at least 100 years of international existence 20 years of organized existence in Hungary, and that represented at least 0.1 percent of the population.

A panel of seven judges ruled on April 8 that Hungary had acted in a manner “inconsistent with the state’s duty to of neutrality in religious matters” when it removed Szim Shalom, Bet Orim and several churches from that list in 2012. The law, the court ruled, violates Article 11 of the European Convention on Human Rights, which protects the right to freedom of assembly and association.

“This is important for Reform Judaism in Hungary, but it is extremely important European wide,” Bergman told the 300-odd delegates during his welcoming speech at Dresden’s Kurlander Palais. The union, he said, is fighting to receive treatment equal to Orthodox-led communities in Poland. “I believe the ruling will be referenced in the ongoing court case in Poland,” Bergman said.

The union’s affiliates have recognition issues in Spain, Italy and Austria, Bergman told JTA. In Hungary, recognized religious groups may benefit from restitution for real-estate that communist governments had confiscated. Additionally, Hungarian taxpayers may earmark one percent of their annual income tax for churches and charities that are recognized by the government.

Szim Shalom demanded $447,000 in compensation from the Hungarian government. The court urged the government to reach a compensation settlement with the claimants within six months. A separate lawsuit is being reviewed by Hungary’s constitutional court.

Held under the banner of “Faith in Action,” the union’s conference in Dresden featured workshops and lectures on engaging more Jews in Jewish life in general and in Reform Jewry in particular.