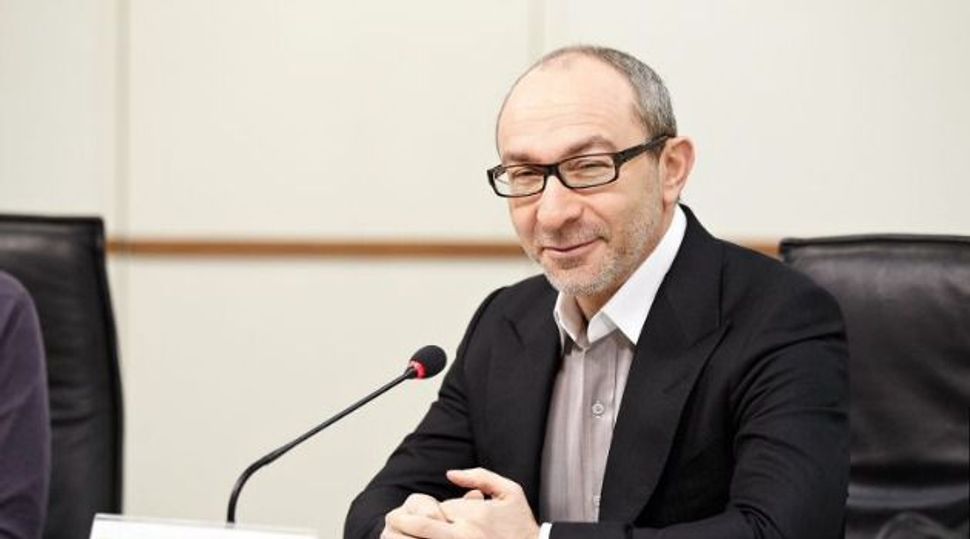 Image by city of kharkiv

The mayor of eastern Ukraine’s biggest city was in a stable condition on Tuesday in a hospital in Israel, where he was flown after being wounded in the highest-profile assassination attempt in the standoff between Kiev and Moscow.

Gennady Kernes, one of Ukraine’s most prominent Jewish politicians, was shot in the back on Monday in Kharkiv, and underwent surgery in Ukraine on Monday. Officials had said his injuries were life-threatening.

“He is stable. That is all we can say right now,” a staff member at Elisha Hospital in Haifa, north Israel, told Reuters.

Israel Radio said Kernes was in Elisha’s head injuries department and that doctors believed he did not require further surgery for now as his operation in Ukraine had been successful.

But he changed his views after being accused of fomenting separatism and when Ukrainian police forced pro-Russian protesters out of administrative buildings in the city.

A Ukrainian local government official said Kernes was either riding his bicycle or jogging when he was shot by someone probably hidden in nearby woods. His bodyguards were following in a car but were not close enough to intervene.

The Ukrainian embassy in Tel Aviv said it was not involved in Kernes’s hospitalisation in Israel, which may have been privately arranged and funded. Israel Radio said an Israeli doctor examined him in Ukraine before he was airlifted out.