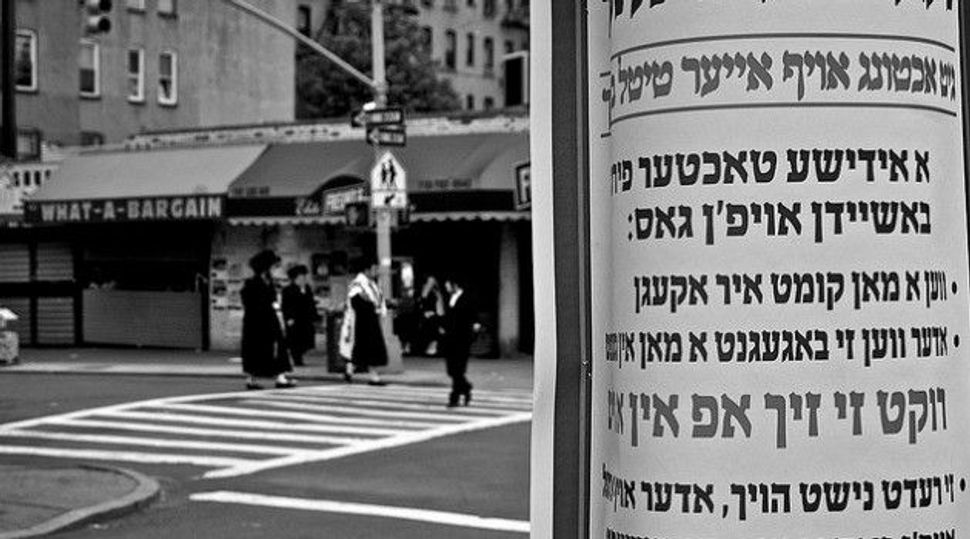 Community Pressure: Posters in Brooklyn call on Jewish women to abide by ultra-Orthodox standards of ‘modesty.’

A Hasidic man from Brooklyn was sentenced to five years probation for throwing bleach in the face of a rabbi who had accused the man’s father of being a sexual predator.

In 2012, Rosenberg on his blog for sexual abuse victims accused Schnitzler’s father of being a child sexual molester. As Rosenberg walked past Schnitzler’s Brooklyn fish market, Schnitzler ran toward him with a cup of bleach and threw it in his face.

Rosenberg, of the same Williamsburg neighborhood in Brooklyn, was treated for burns on his face, around his eyes and in his left eye.

The incident came a day after Nechemya Weberman, a Satmar Hasidim leader, was convicted on 59 counts of sexual abuse of a then-18-year-old woman when she was between the ages of 12 and 15 and went to Weberman for counseling. Rosenberg supported and assisted the victim throughout the judicial process.

Rosenberg, who also runs a website and telephone hot-line for sex abuse victims, said the sentence was too lenient.

“Six months in jail would have been enough to show this was serious,” he said, according to The New York Times. “Probation in our circles is a joke.”