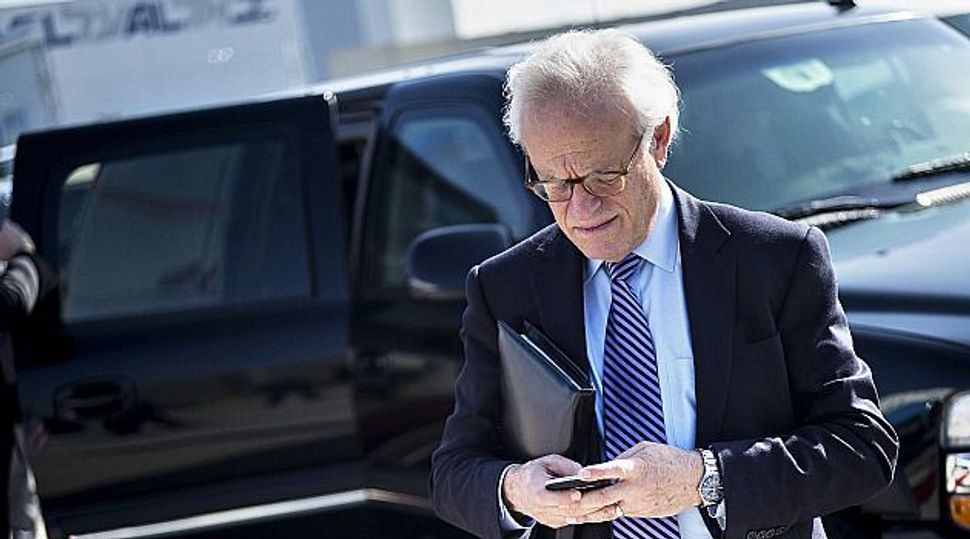 Martin Indyk, U.S. special envoy to the Israeli-Palestinian peace negotiations, reportedly will resign from his position following the recent failure of the U.S.-backed talks.

The Israeli daily Haaretz reported Sunday that Indyk may resign in light of President Obama’s intention to suspend U.S. involvement in seeking a negotiated end to the conflict, citing unnamed Israeli officials “who are close to the matter.”

Indyk has informed the Brookings Institute that he will soon return to his vice president post, from which he took a leave of absence during the negotiations, Haaretz reported.

Haaretz reported that Indyk is being identified in Jerusalem as the anonymous source in a report by senior Yediot Acharonot correspondent Nahum Barnea on Friday in which unnamed American officials blamed Israel for the failure of the peace talks.

“There are a lot of reasons for the peace effort’s failure, but people in Israel shouldn’t ignore the bitter truth – the primary sabotage came from the settlements,” the official told Barnea. “The Palestinians don’t believe that Israel really intends to let them found a state when, at the same time, it is building settlements on the territory meant for that state. We’re talking about the announcement of 14,000 housing units, no less. Only now, after talks blew up, did we learn that this is also about expropriating land on a large scale. That does not reconcile with the agreement.”

“At this point, it’s very hard to see how the negotiations could be renewed, let alone lead to an agreement. Towards the end, Abbas demanded a three-month freeze on settlement construction. His working assumption was that if an accord is reached, Israel could build along the new border as it pleases. But the Israelis said no.”

The official said the world community pays more attention to Israel’s actions than other countries because “(I)t was founded by a UN resolution. Its prosperity depends on the way it is viewed by the international community.”

Later in the interview the official tells Barnea: “The Palestinians are tired of the status quo. They will get their state in the end – whether through violence or by turning to international organizations.”

According to the official, the United States is “taking a time out to think and reevaluate.”