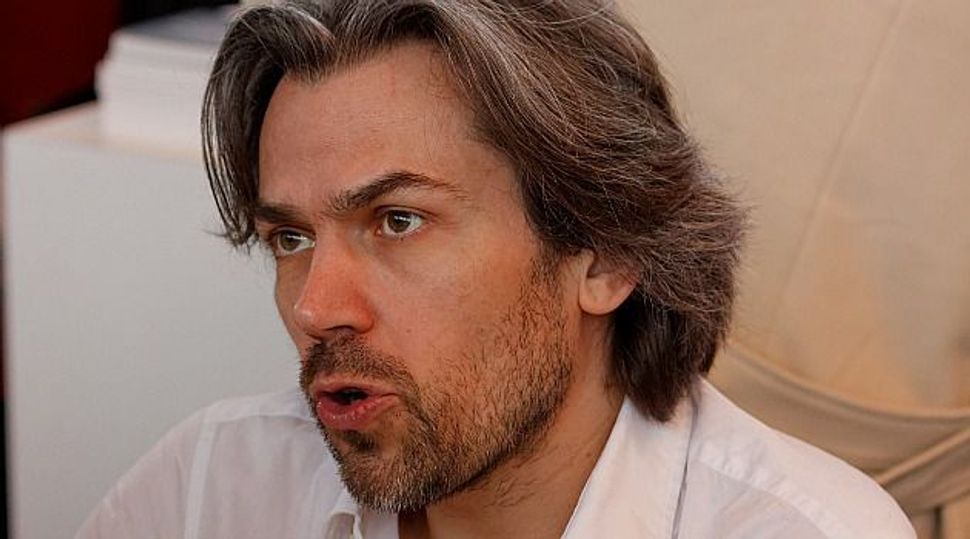 Editors of a French television talk show censored a panelist’s comparison between the murder of Jewish children in Toulouse to the actions of the Israeli army.

Aymeric Caron, a left-wing French journalist, made the comparison on April 26 as a member of a panel of interviewers of France 2’s show “On n’est Pas Couche” (“We’re Not Asleep”) during a discussion on anti-Semitism in France and the 2012 murder of three children and a rabbi in Toulouse by Mohammed Merah, a radicalized Islamist.

“Merah would say he killed Jewish children because the Israeli army kills Palestinian children,” Caron said, according to a transcription of the censored sequence which appeared last week on the news website causeur.fr. “There are numbers on that too. I have the numbers. How do you respond?”

Caron made the remark as a panelist during a 30-minute talk with Alexandre Arcady, the director of a newly-released film titled “24 Days” about the 2006 murder of Ilan Halimi — a young cell phone salesman who was tortured and murdered near Paris by a gang of 16 people who abducted him because he was Jewish.

Arcady said he intended his film to serve as a warning against rising anti-Semitism in France because “we’ve virtually reached a point of no return with the Ilan Halimi affair and unfortunately, two years ago Mohammed Merah followed.”

According to Elizabeth Levy, a French journalist who wrote about France 2’s decision to censor the exchange, Caron was waving a report by a non-governmental organization about the Israel Defense Forces when he challenged Arcady.

Queried by French media on the decision to censor the discussion, a France 2 spokesperson wrote in a statement: Alexandre Arcady came to speak about his film. Aymeric Caron’s statements were irrelevant to the subject.”