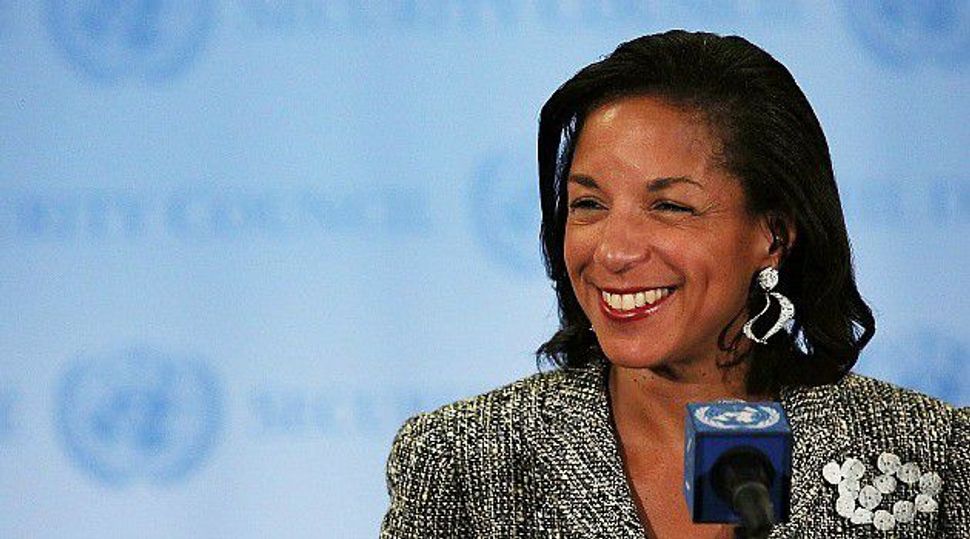 Rice arrived for a two-day visit on Wednesday as head of the U.S. Israel Consultative Group, which meets regularly “for strategic interagency consultations with senior members of the U.S. and Israeli Governments to discuss a wide range of bilateral and regional security issues,” according to a statement from National Security Council spokesperson Caitlin Hayden.

The delegation includes senior representatives from the Departments of State, Defense, and Treasury, and from the intelligence community, according to Hayden.

Rice will hold bilateral meetings with Israeli Prime Minister Benjamin Netanyahu and with President Shimon Peres. The U.S. delegation also will meet with their Israeli counterparts. Rice reportedly also will travel to Ramallah on Thursday to meet with Palestinian Authority President Mahmoud Abbas.

Negotiations with Iran over regulating the Islamic Republic’s nuclear capabilities are expected to top the agenda during meetings in Israel.

Upon her arrival in Israel late Wednesday morning, Rice tweeted: “Great to be back in Israel, leading USDel to US-Israel Consultative Group.”

It is her first visit to Israel as National Security Advisor; she previously served as U.S. ambassador to the United Nations.

A second tweet read: “Looking forward to robust and intensive consultations. Our security cooperation with Israel has never been stronger.”