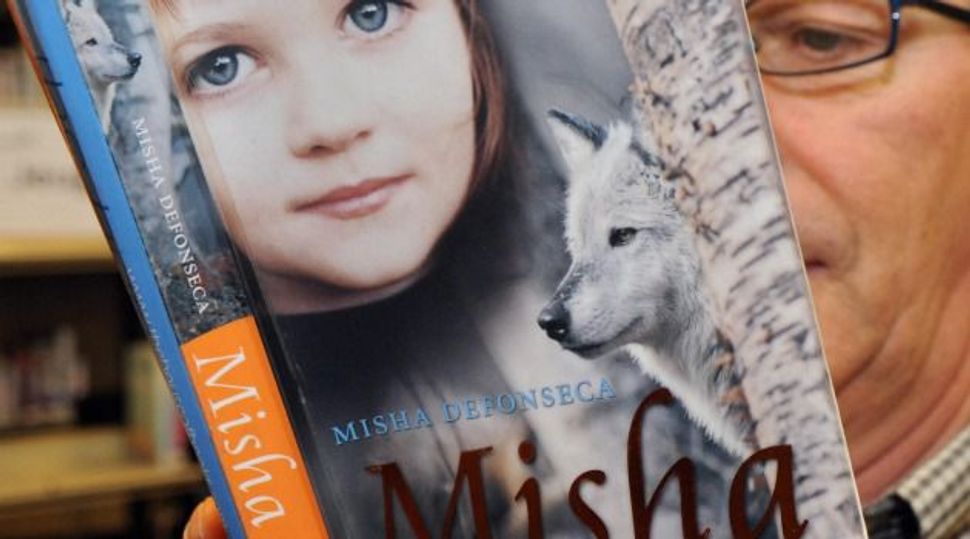 The author of a fraudulent Holocaust memoir has been ordered by a Massachusetts appeals court to pay back $22.5 million to her publisher.

Misha Defonseca’s “Misha: A Memoir of the Holocaust Years,” published in 1997, claimed to tell of her experiences as a young Jewish girl fleeing the Nazis during World War II. The best-selling book was made into a French film, and in 1998, Defonseca and her ghostwriter won a $34.2 million judgment against Mount Ivy Press and its founder Jane Daniel for allegedly hiding profits.

The book’s lies began to be exposed in 2008, when researchers reported they could find no evidence of Defonseca’s family in any Holocaust archives. Later, Daniel, uncovered many of the memoir’s fraudulent claims, finding that Defonseca’s real name was Monica Ernestine Josephine De Wael, that she was not Jewish and that she spent the war as a student at a Belgian school.

Defonseca, who lives in Massachusetts and is now 76, admitted her memoir was fake, but told the Associated Press, in a statement that, it was “not actually reality, but my reality, my way of surviving.”