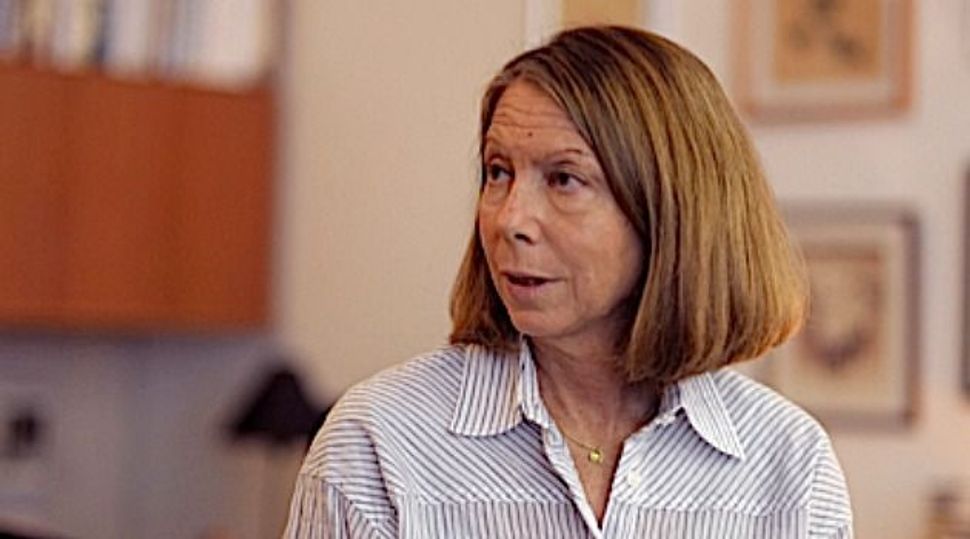 (Reuters) — The New York Times Co on Wednesday abruptly ousted the newspaper’s top editor, Jill Abramson, after less than three years in the job and named managing editor Dean Baquet to replace her.

The shakeup is the latest sign of turmoil at the New York Times Co, which is controlled by the Ochs-Sulzberger family. It has been selling assets, cutting staff and looking for new revenue sources as print advertising revenue declines.

While its shares have stabilized and its latest quarterly earnings exceeded expectations, the Times’ business model, like that of other newspapers, remains under pressure. Abramson’s departure is the latest sign of upheaval in the management of the paper and its publisher.

This is what surprise looks like at the NYT. pic.twitter.com/hbDEwfEmR7

Times publisher Arthur Sulzberger Jr abruptly ousted Janet Robinson as chief executive officer three months after Abramson was given the top job as editor. Robinson, who received a $24 million pay package, was replaced by Mark Thompson, the former director general of the BBC.

Sulzberger told stunned staff members on Wednesday the appointment of Baquet “would improve some aspects of the management of the newsroom,” according to his remarks obtained by Reuters.

He did not elaborate on what those issues were but said they did not relate to the direction of the journalism or the paper’s digital future.

“This is also not about any sort of disagreement between the newsroom and the business side over the critical principle of an independent newsroom,” he said.

Thompson said in a statement: “Jill has been a brilliant and supportive partner to me over the 18 months we’ve worked together. She is handing over to Dean a newsroom in superb form.”

Abramson, who was not present at the meeting, did not respond to a request for comment.

Abramson said in a statement, “I’ve loved my run at The Times. I got to work with the best journalists in the world doing so much stand-up journalism.”

The New Yorker reported that Abramson had confronted Times’ executives after she discovered her pay and pension benefits were less than those of Bill Keller, whom she succeeded, citing an unnamed close associate of Abramson. (http://nyr.kr/1mYSQG6)

In a statement the Times said that Abramson’s “total compensation as executive editor was not considerably less than Keller’s. It was directly comparable.”

The company also said Abramson’s pension benefit is based on her years of service and compensation.

Keller worked for the Times for three decades. He succeeded Howell Raines, who left in 2003 after less than two years in the post, following a plagiarism scandal involving reporter Jayson Blair.

After Sulzberger made his remarks announcing Baquet’s promotion, the newsroom responded with long applause, according to a source present at the meeting.

Baquet is a popular editor among journalists and was hand-picked by Abramson to be her deputy when she ascended to the top.

Baquet is known among staff for defying management. While he was executive editor of the Los Angeles Times, owned by the Tribune Co, he was ordered by executives in Chicago headquarters to slash staff. He refused and shortly after lost his job.

Abramson joined the New York Times in 1997. Before that she worked at The Wall Street Journal. Earlier this month she wrote a personal essay published in the Times about her recovery after being struck by a car.

New York Times shares fell 4.5 percent on the news but are up 55 percent over the past year.