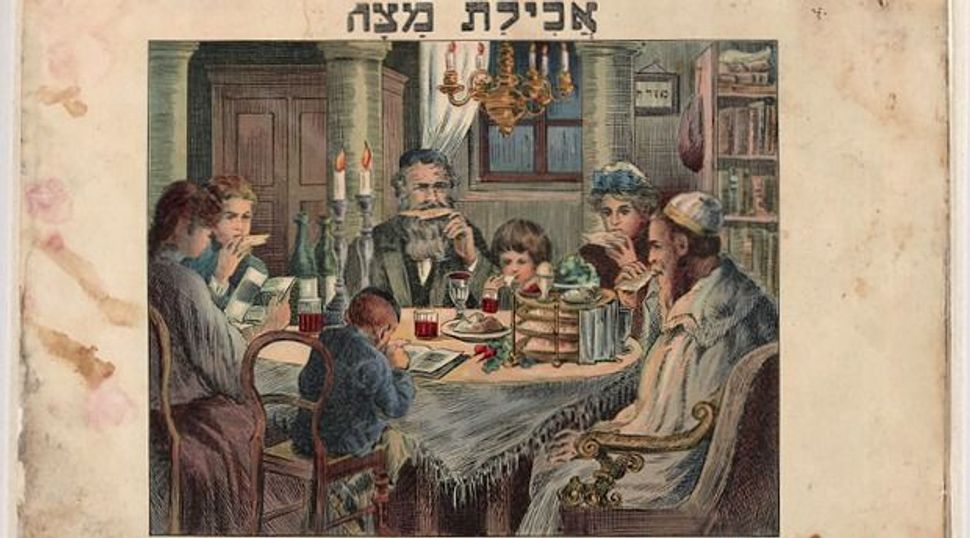 The Iraqi government is extending the stay of the Iraqi Jewish Archive in the United States.

He did not say for how long the extension was, nor did he say which cities would host it. It has appeared so far in Washington DC and New York.

A number of Jewish groups have joined an array of lawmakers in Congress in demanding that the archives remain outside Iraq, in the custody of one of the major Iraqi Jewish Diasporas, in Britain, Israel or the United States.

“The historical and religious value of the Iraqi Jewish Archive materials compel us to ensure that the archive should remain in the United States where it will be easily accessible to all, particularly the Iraqi Jewish community now living in Diaspora around the world,” the Orthodox Union said in a statement welcoming Fally’s announcement.

U.S. troops uncovered the archive in the Iraqi secret service headquarters in Baghdad in 2003, much of it waterlogged. Iraqi agents under Saddam Hussein had looted many of the articles after the dictator had driven the remnants of the Jewish community out of the country in a terror campaign.

Under an agreement with the Coalition Provisional Authority that had governed Iraq, the materials were sent to the United States where experts, led by a National Archives team, restored them.

Until recently, State Department officials had been adamant that the archive would return to Iraq as pledged under the agreement, but in March officials told JTA they were seeking avenues to keep the archive outside of Iraq for a longer period.

In his statement, Fally said materials not part of the exhibit would return to Iraq as scheduled, and emphasized what he said was the importance the Iraqi government attached to the country’s Jewish history.

“We consider the history of Jewish communities in Iraq to be an integral part of the history of our country — one that we honor and cherish –and nothing can erase this history, nor change our commitment to preserving its memory,” he said. “For us as Iraqis, it is important to recover this precious piece of our cultural heritage that documents an era of our country’s history.”

In addition to the Orthodox Union, groups advocating for keeping the archive outside of Iraq include the World Jewish Congress, the Anti-Defamation League, the American Jewish Committee and Justice for Jews from Arab Countries.