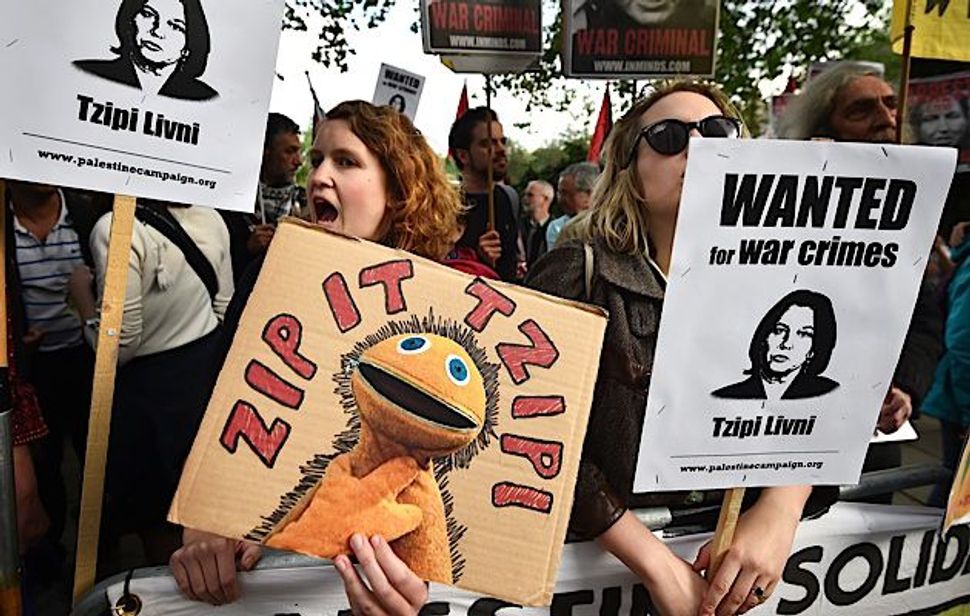 Livni’s special status of immunity was conferred amid efforts to secure a warrant for Livni’s arrest by London lawyers acting on behalf of a relative of a Palestinian killed in the bombing of a police compound on the first day of Israel’s military assault on Hamas in the Gaza Strip, which began in December 2008. Livni was foreign minister at the time.

The special status was the second time Livni obtained diplomatic immunity while visiting Britain. In October 2011 she was granted special mission status after police received an application for an arrest warrant for alleged war crimes.

Britain has promised Israel it would change the law to make it harder to secure arrest warrants for Israeli public figures.

In an address to the Israeli parliament last month, British Prime Minister David Cameron said: “When I was in opposition, I spoke out when, because of the law on universal jurisdiction, senior Israelis could not safely come to my country without fear of ideologically motivated court cases and legal stunts; when I became prime minister, I legislated to change it. My country is open to you and you are welcome to visit any time.”

During Livni’s visit, she was greeted at several locations by protesters carrying signs reading “war criminal” and “wanted,” the news site Ynet reported.

Peace talks with the Palestinians collapsed last month. Kerry hopes to revive them and also met this week in London with Palestinian Authority President Mahmoud Abbas.