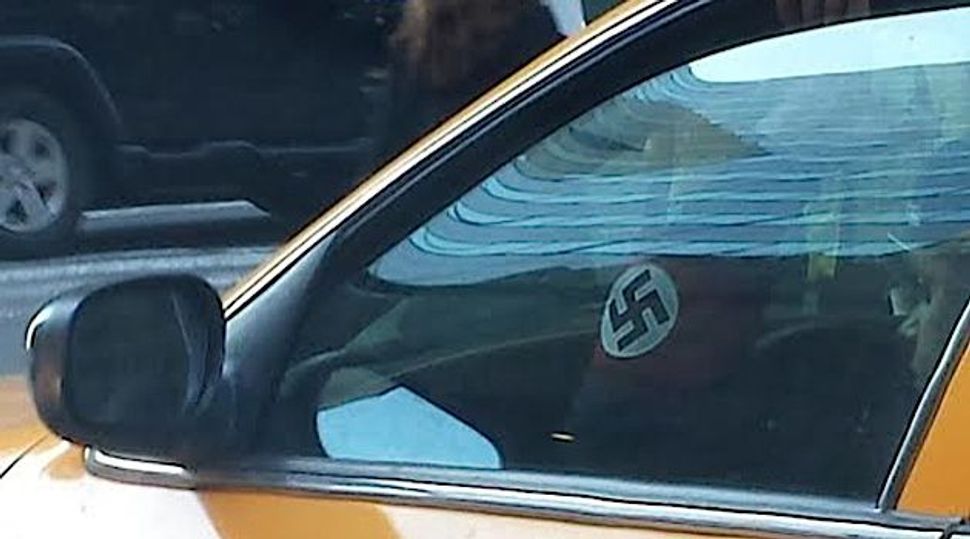 The New York City Taxi and Limousine Commission suspended a driver for a month for wearing a swastika armband.

The Anti-Defamation League’s New York regional office, which brought the complaint against the cabbie, praised the suspension.

“By openly displaying this hate symbol identified with Adolf Hitler and the Nazi Party while operating a New York City taxicab, the driver sent a frightening and offensive message to New Yorkers about who might be welcome – and unwelcome – in the taxicab he was driving,” the ADL said in a statement.

The driver’s name was not made public.